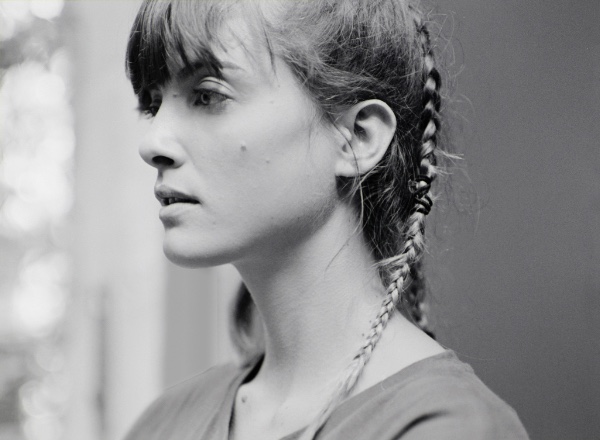 Ahead of her first full UK headline tour next month, Tel Aviv’s Noga Erez has shared a new remix by Chicago multi-instrumentalist and producer Nnamdi Ogbonnaya.

Ogbonnaya has reworked Noga’s memorable single, “Dance While You Shoot” – the first track to be shared from her debut album ‘Off The Radar’, which was released earlier in 2017 on City Slang.

“Nnamdi Ogbonnaya’s album ‘Drool’ has been one of this year’s hightlights for me” explains Noga. “It’s been a long time since I’ve come across music with such bold sound and creative freedom. Having Nnamdi remixing “Dance While You Shoot” is a big deal for me and I am so excited about the result. Nnamdi managed to shed a new light on the song, gave it a new interpretation and was able to really mix between our musical worlds.”

Nnamdi commented: “I’m really glad I got to do this remix… There are few things that, when I hear them for the first time, can immediately captivate my complete attention, and this track (the whole album) did that. It sets a mood where I was able to imagine myself enjoying it equally by myself while reflecting on how small one can feel in the grand scheme of life and also see myself enjoying it in a large crowd going completely ape shit. Both seem equally freeing.”

The original track “Dance While You Shoot” and accompanying video by Zhang + Knight is currently nominated for Best Dance Video at the UK Music Video Awards 2017.

2017 has been a monumental year for Noga Erez. In June she released her debut album ‘Off The Radar’ via City Slang to high critical acclaim, placing herself firmly on the map as one of the year’s most exciting new artists. Live, she has already played standout sets at SXSW, The Great Escape, Convergence, Primavera, Roskilde, Siren, on tour with Sylvan Esso, plus her own album release shows.

Born four days before the Gulf War started, for Erez, there was never any doubt that, whatever music she chose to make, and whatever she felt about her homeland, she could never ignore her surroundings. Her work reflects the manner in which she’s learned to live. As she puts it, “I have this idea of giving people moments of thought and inspiration, and at the same time offering escapism and fun.”

While the music she makes in collaboration with her partner and co-writer, composer and producer Ori Rousso, exploits many of the more physical, dynamic elements of electronic music, it also embraces a cerebral sensitivity that’s made her one of her home city’s most exciting, idiosyncratic artists. As inspired by Björk, M.I.A. and fka Twigs as by Flying Lotus, Kendrick Lamar and Frank Ocean, the grainy textures and potent atmospheres forged with her synths and ingenious beats bravely straddle genres, energised further by the environment in which she’s grown up.

Uncompromising and unpredictable, sophisticated and bold, Noga Erez is clear about her ambitions. “Our way of trying to keep in contact with our feelings and fears, and of avoiding emotional detachment about everything, is music. Human beings can come from completely different places but share a fundamental basis of emotions. In my opinion, music is the form of art or communication that expresses that most accurately.”

Praise for ‘Off The Radar’:
“Fusing accomplished songwriting and cutting-edge bass music with wondrous aplomb.” – 10/10, DJ Mag
“Israel’s most defiant star.” – The Observer
“Too fierce and original to be pigeonholed.” – Sunday Times Culture
“The work of an artist light years down the line.” – DIY
“She is fearless and fantastic.” – Wonderland
“Erez’s music expertly channels the unease that’s crept over the world.” – i-D
“The combination of music and visuals is close to unbeatable.” – Loud & Quiet
“Few artists are making electronic music quite as striking and important as Noga Erez is right now.” – NME
“An incredibly accomplished record, which carves out a distinct sound that captures and captivates the listener.” –  The Skinny
“All the vim and energy of Tel Aviv’s music scene is squeezed into this exciting young Israeli’s debut LP. Go loud.” – Monocle
“Bold in sound, style and subject matter, the singer-producer infuses her electro-pop with tightly coiled fury.” – NPR