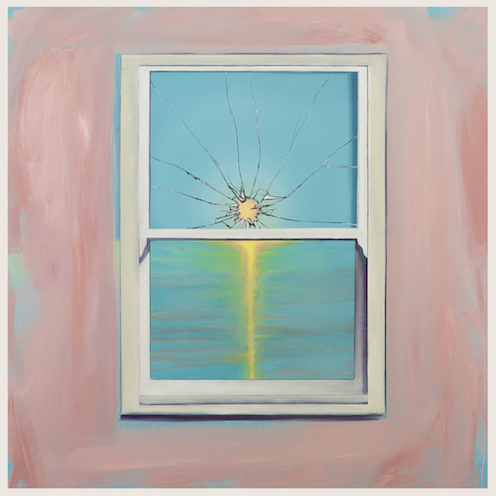 Having released their new album “Sun Bridge” last week, My Sad Captains today share the colourful video for “Don’t Listen To Your Heart”, a second video collaboration with visual artist Jamie Jenkinson, who had the following to say about the video… “The subtle DIY aesthetic of the iPhone visuals imply the presence of the maker, as camera operator, editor, and protagonist, paying personal homage to the track. It presents ‘Don’t Listen To Your Heart’ as an anti-love song, a Hallmark card for breakups, as a series of roses distort, blur and disappear.” Watch now via the link below…

My Sad Captains – “Don’t Listen To Your Heart”

My Sad Captains recently announced a number of UK tour dates for the Autumn, including a headline show at The Victoria in London + 3 dates in November with Brooklyn duo Widowspeak. Dates + info below…

Three years after their last album, London’s My Sad Captains light the way to fresh shores with their radiant fourth album. Released via Bella Union on 6th October, Sun Bridge is named after the way a still lake offers the ideal conditions for the sun’s reflection to resemble a bridge across the water. Between its lustrous dream-pop surfaces and hidden depths, it’s an album that reflects on how uncertain times can be the seed-bed for change: or, for a bridge to extended adventures.

As singer/guitarist Ed Wallis explains, “Our last record, ‘Best of Times’, was primarily about doing one thing well – a kind of mid-tempo, dreamy kraut-pop. Our aim with this record was to be more dynamic, and push things out in different directions; simultaneously stretching out the ambience while sharpening the focus.”

That expansive focus is clear from the moment the meditative synths of ‘Early Rivers’ segue into ‘Everything at the End of Everything’, where a Krautrock pulse and ripples of liquid guitars empower Wallis’s reflections on testing change with exploratory purpose. That fertile contrast also illuminates the near-hymnal ‘Destination Memory’, which evokes a tension between immersion in self-doubt and slow-surfacing potential in its growth from an ambient drift to a Velvet Underground-meets-Spiritualized chug.

For My Sad Captains, evolution was necessitated by change. After the departures of Jim Wallis and Nick Goss, drummer Ben Walker and storied alt-pop guitarist Leon Dufficy joined the band, bringing fresh colours to the palette. Completing the live line-up are keyboardist Henry Thomas and bassist Steve Blackwell; the latter replaces Dan Davis, who worked on the album (and provided the cover painting) before moving to San Francisco. The Captains produced Sun Bridgethemselves, working with engineer Iggy B, while mixing and additional production were handled by Jeff Zeigler: a man with much expansive alt-rock previous, having worked with The War on Drugs.

If the result is the sound of a band finding ways to re-align their reach with a guiding less-is-more philosophy, it also issues a declaration of faith in their future. As Wallis says of its lyrical thrust, “It’s a cautious optimism: that when a state of stillness is present, a new path / Sun Bridge will emerge.” Whatever is on the other side, Sun Bridge yields magnificent views.