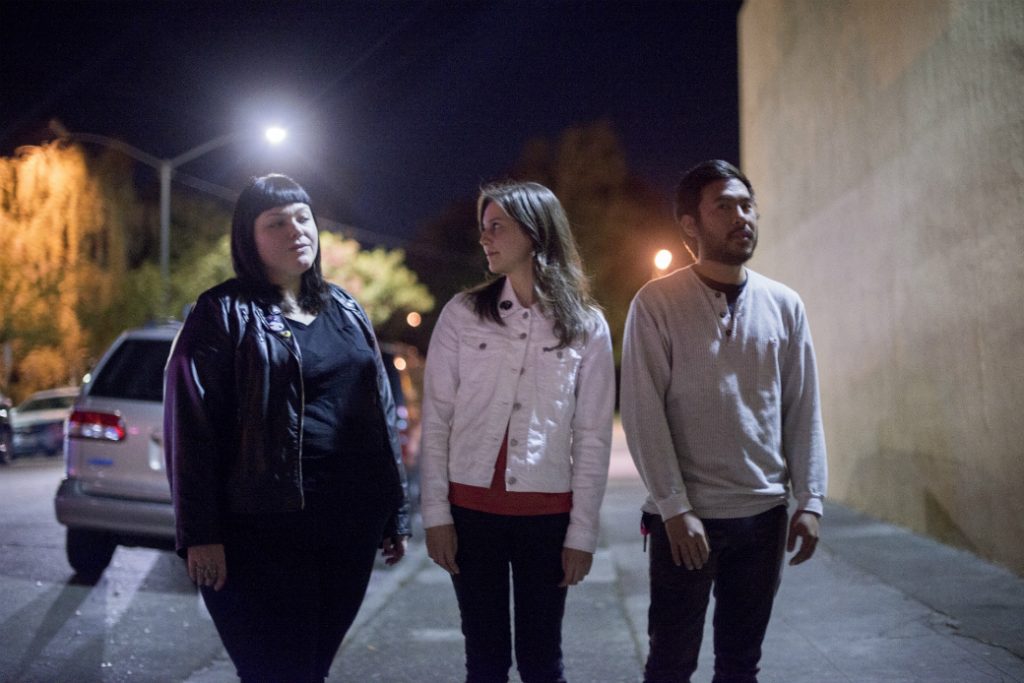 “a compact slab of effervescent power-pop with a surrealistic, acid-washed video to match.” – Billboard

The latest track to be released from their second LP ‘II’, Monster Treasure’s ‘Neon Garden’ is “An ode to house-sitting, being in the moment, getting stoned & gardening in the summer, growing pains, and life cycles,” according to Rachel from the band. This juxtaposition of bright and breeziness alongside uneasiness is one that pervades the whole record, which is due out this very week via Leisure & District.
A shower of fuzz, punk rock, and lugubrious despondence, ‘II’ takes Monster Treasure’s sonic dreamy grunge and soul baring lyrics further than ever before. Full of scuzzed up riffs and other worldly melody, it’s almost impossible to listen to the full record without hitting repeat multiple times on multiple songs. Imagine Blondie rocking out an unknown Nirvana cover at CBGB’s in the early 80s before grunge even existed and you might be halfway there. Following several shows in the UK last year, including a support slot with White Lung, Monster Treasure will be returning to these shores in October, following the album’s release, to support Slowcoaches on tour, as well as play at The Old Blue Last in London.

Other tracks already released from the record, alongside some rather eye catching visuals are‘Buttercream’ and ‘Leave’.