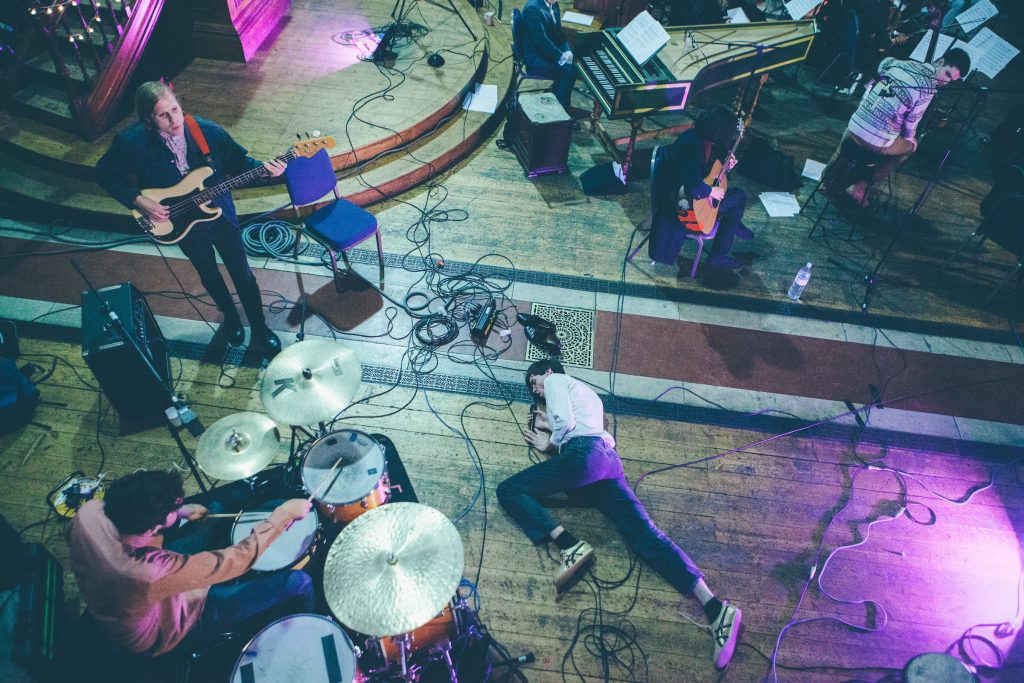 Due 8th December from meilyrjones.com

imitation, in particular:
imitative representation of the real world in art and literature.

After a busy year of touring the album ‘2013’  playing with different line-ups and dramatically different concoctions of musicians, Meilyr Jones put together an orchestra of people, a choir and a band for a special once only concert in May of 2016 that is being released as a limited LP.He says of it, “It was meant to be an album launch party, where I’d play the album live in full, and some extra things. But after getting the orchestra together and the choir, and friends and family it felt like a nice thing to open it out, to put on a free concert at the Round Chapel. It was a one-off, and the only time I’ve done the album live with the full group. The week before the concert we invited 300 people to come. It was such a special evening, and everyone helped out.”

You can hear the piano creaking, an accordion in a balcony, harpsichord in the distance, someone opening cans of beer, and false starts.

It was recorded on the night by Iwan Morgan who worked on ‘2013’ with Meilyr, and filmed by Malcolm Williams.

“It was really nice listening back, and hearing how cavernous it sounded, and nice making a record that feels completely live and not trying to make it too smooth, or changing anything later. It feels as it was.”

There will only be 300 copies of the LP released and will come with a video and digital download of the concert in full including tracks not available on the vinyl.” – Meilyr 2017

Mimesis will only be available at meilyrjones.com—

“One of the most original and refreshing things we’ve heard this year.” – Hype Machine

“Shifting from Dexys-style indie-soul to heart-rending balladry to shiny pop.” –The Guardian 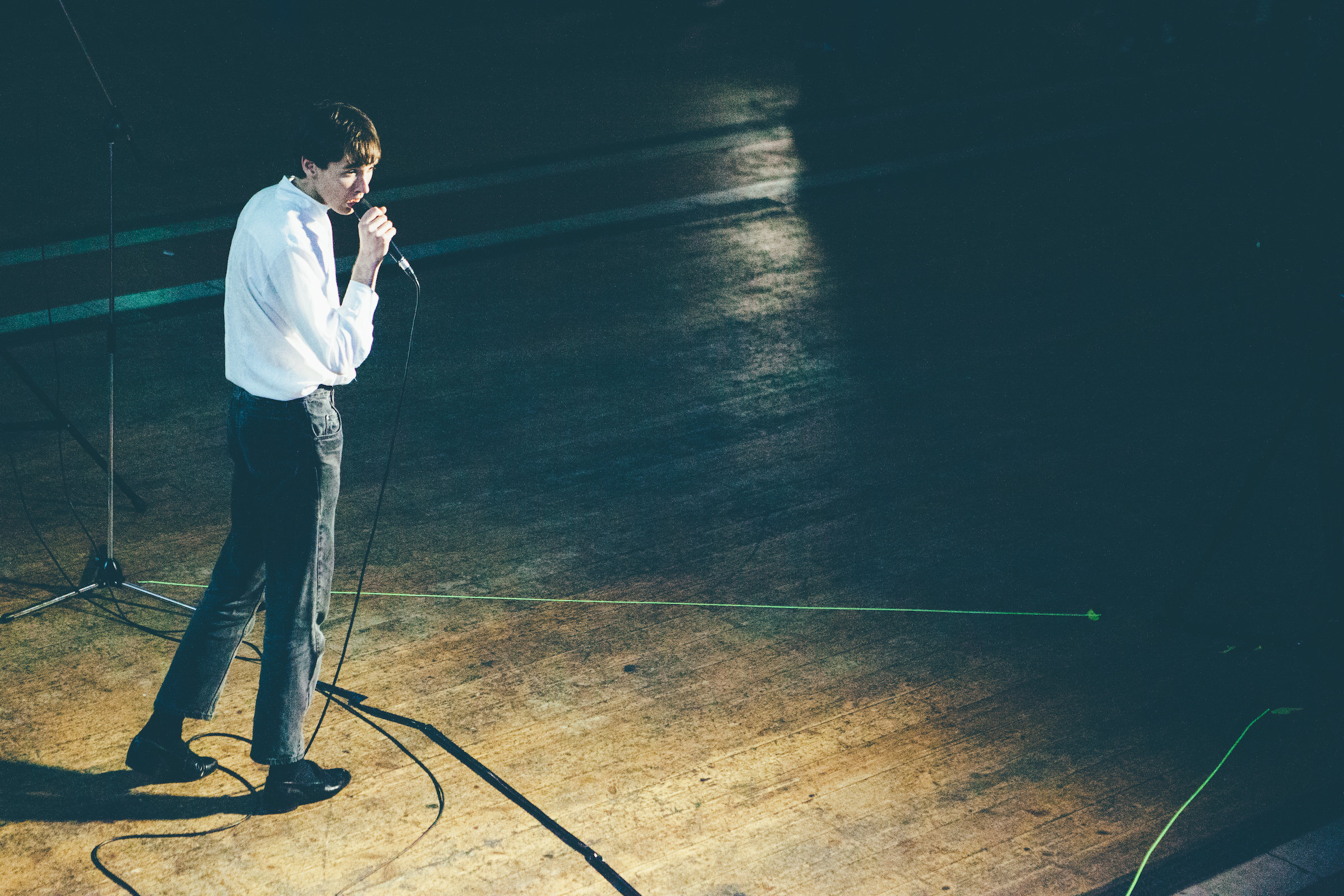