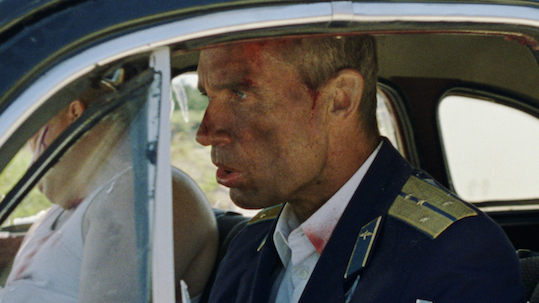 2017 has been another excellent year for Mark Lanegan Band. With career-best reviews greeting his tenth album Gargoyle back in April, followed by last month’s Still Life With Roses remix EP, and now heading out on an extensive European tour, Lanegan has today shared a video for album highlight “Emperor”.

Director Joshua Lipworth says of the video: “The story is based on the desperate final hours of a dictator ousted by his own people and loosely based on the fall of Ceausescu, the Romanian dictator. Firmly in denial of his desperate circumstance, he marches steadfastly towards his tragic demise. His grip on reality faltering with every step. The video was shot in 16mm on location in Estonia. Predominantly in the suburbs of Tallin and the deserted underwater soviet prison camp of Rummu.”

Mark Lanegan Band have just set out on a European tour which reaches the UK for the below dates in late November and early December: