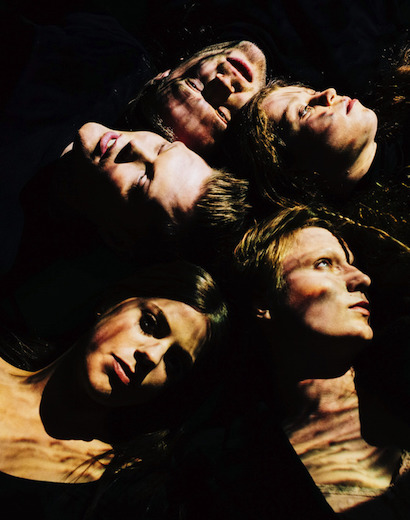 Mammút are pleased to debut the video for their cover of Cher’s massive 1990s club hit “Believe”. Directed by Hawk Björgvinsson and featuring the band on karaoke + a pack of huskie dogs, Mammút had the below to say about the video…

“Inside a disco taxi in Austin Texas back in 2007, we randomly chose Cher’s Believe on a karaoke machine in the back, and that moment and song got burned in to our musical hearts.

When we hear it our eyes fill up with tears or we burst into singing along. Now, 10 years later it has a whole new meaning to us because of the question in the song, do you believe in life after love?  It really hits us and we can’t figure out the answer, so we made a cover.”