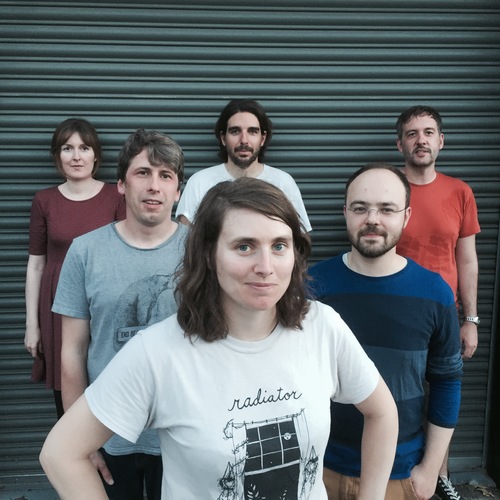 Mammoth Penguins & Friends
Release new album John Doe
Out via wiaiwya on 13 October
A concept album telling the story of the people who were close to a man who faked his own death, only to return years later
Mammoth Penguins’ new concept-album, John Doe, tells the story of the people who were close to a man who has faked his own death, only to return years later – coincidentally being released on the 10th anniversary of the reappearance of John Darwin, despite having nothing to do with him!. The songs are each emotive vignettes told from the point of view of various people whose lives were affected by the “death”, from the grieving widow, to the innocent child, his co-workers to his ex-lover. Comprised of visionary songwriter Emma Kupa, drummer Tom Barden and bass playerMark Boxhall, the band are joined by friends Sophie Barkerwood of Haiku Salut (programming and samples), Russell Lomas (violin) and Joe Bear (samples/synths) to create an intricate and ambitious work.
Mammoth Penguins are delighted to share the video for the key track “The Chorus“, which is set at John Doe’s funeral and told from the point of view of all his friends and family.
Mammoth Penguins formed in Cambridge in 2013. They released their debut album Hide & Seek in 2015 on the late great Fortuna Pop! label, putting them in the excellent company of bands such as Martha, Comet Gain and Chorusgirl. After playing shows across the U.K. and Germany, and a live session for Marc Riley’s BBC 6 Music radio show, the band hatched a plan to work with other musicians on a side project. This side project became the John Doe album
Having written the songs, Mammoth Penguins invited some friends to contribute their ideas and talents to evoke the different perspectives of each person affected by the loss and return of the protagonist.  Their contributions have built on the band’s characteristic three-piece stomp and Emma’s solo forays into soulful introspection, with keyboards, samples, loops and synths adding extra layers and unfamiliar arrangements to the sound.
The band also decided to back up the story with samples and atmospherics, and Mark carried around a portable recorder everywhere he went for a month making surreptitious recordings of everyday life, from buttering toast to photocopying, which have wound their way into the rhythms of the songs. If you listen carefully you can hear the sounds of Ramsgate beach, recorded when the band played the Fortuna Pop gig in summer 2016.
The result is an eclectic mix of indie-pop and folk electronica, with a bit of post-rock thrown in for good measure, with catchy choruses, evocative soundscapes and heart-wrenching harmonies.

Mammoth Penguins and Friends
John Doe
wiaiwya – 13 October
Track Listing:
The Morning
The Child
The Line Manager
The Office
The Ex
The Chorus
The Ex pt 2
The Sailor
The Commute
The Wife
http://mammothpenguins.tumblr.com/
http://www.wiaiwya.com/