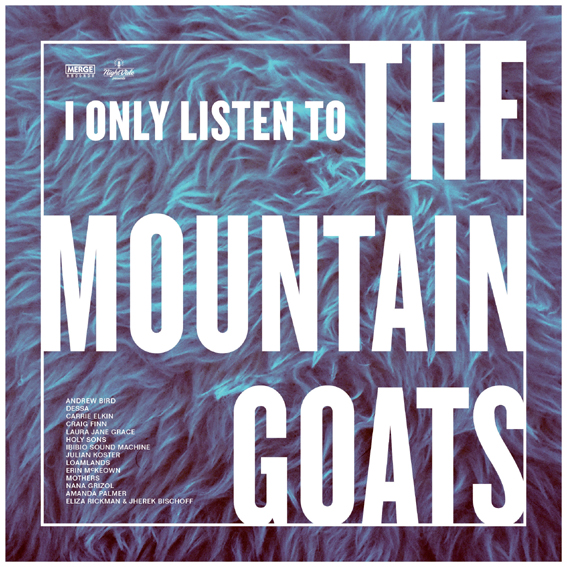 “As a songwriter, no other artist has influenced my own work as much,” writes Grace regarding her contribution to this project. “Darnielle’s ability with words to paint a couple scenes from a story and let your mind imagine the rest of the details is unparalleled and something I’ve always strived to learn from.”

I Only Listen to the Mountain Goats is a remarkable conversation series featuring Welcome to Night Vale and Alice Isn’t Dead creator Joseph Fink and New York Times best-selling author John Darnielle, who is also the founder, lead singer, and songwriter for the Mountain Goats—and Fink’s own personal artistic hero. Season one of I Only Listen to the Mountain Goats focuses on the band’s seminal All Hail West Texas album from 2002, and the conversations range from introspective to intense, and are always revelatory. Together, Fink and Darnielle take the listener on a deep dive into the world of creativity and the duality of being an artist and a fan, both by sharing their own creative processes and music-geek obsessions and through immersive chats with other notable musicians and writers including best-selling YA author and music nerd John Green (The Fault in Our Stars) and Merge Records co-founder Mac McCaughan (Superchunk), as well as many special music guests such as Andrew Bird, Craig Finn, Laura Jane Grace, and Amanda Palmer, who offer up their own opinions as well as new renditions of songs from All Hail West Texas.

“When I was a child, reading the authors that I loved and listening to music that I loved, the thing I got from that is that feeling of being understood somehow—that weird connection,”Darnielle confesses to Fink. “Where it’s not the person, it’s not the stranger, it’s this thing they’ve made that opens this space for self-reflection.”