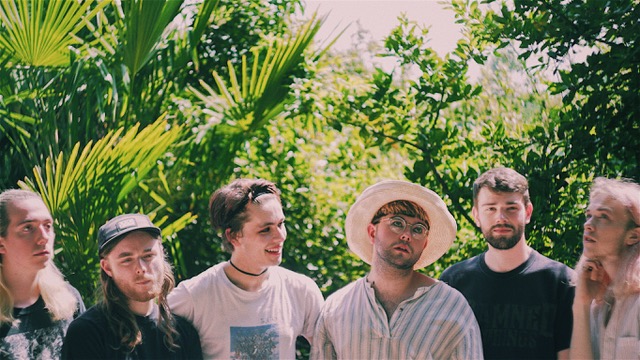 “A dazzling trip through math and emo.” – DIY

“There’s a serenity to the way the band dance with the darkness yet try and stay focused on the flickering light.” – Dork

Indie/emo 6(ish) piece itoldyouiwouldeatyou return with their new single Mourn out 27th October on Failure By Design Records. It demonstrates the bands talent for finding balance within their own sound, whether that’s the movement from mathy-emo to wall of noise guitar parts.

The bands previous single ‘Divine Violence’ presented their most confrontational so far, addressing Joey’s experiences being discriminated against as non-binary and bisexual, while also taking aim at what the band sees as ‘cowardly’ centrism in British politics. This new work might seem a radical leap from 2016 EP ‘I Am Not Your Fault’, but whilst the band might be shifting their tone in some places, they continue to flourish, delving further into their post-hardcore influence all the while maintaining their talent for balancing intricacy with catchy hooks.

“I tried to write it as stream of consciousness as possible to show that, while it ended recently, the start of it was so long ago so the reasons for my current feelings are kinda lost in the mix somewhere. I just know I must have been this real overwrought teen.

I always try to write about that which embarrasses me. I think there’s no point doing art where I don’t risk something emotionally because otherwise there’s nothing to connect to. I don’t listen to music when I’m at my best, I listen to it when I’m scared I’m gonna melt away and die. So why would I make music that doesn’t represent that?”