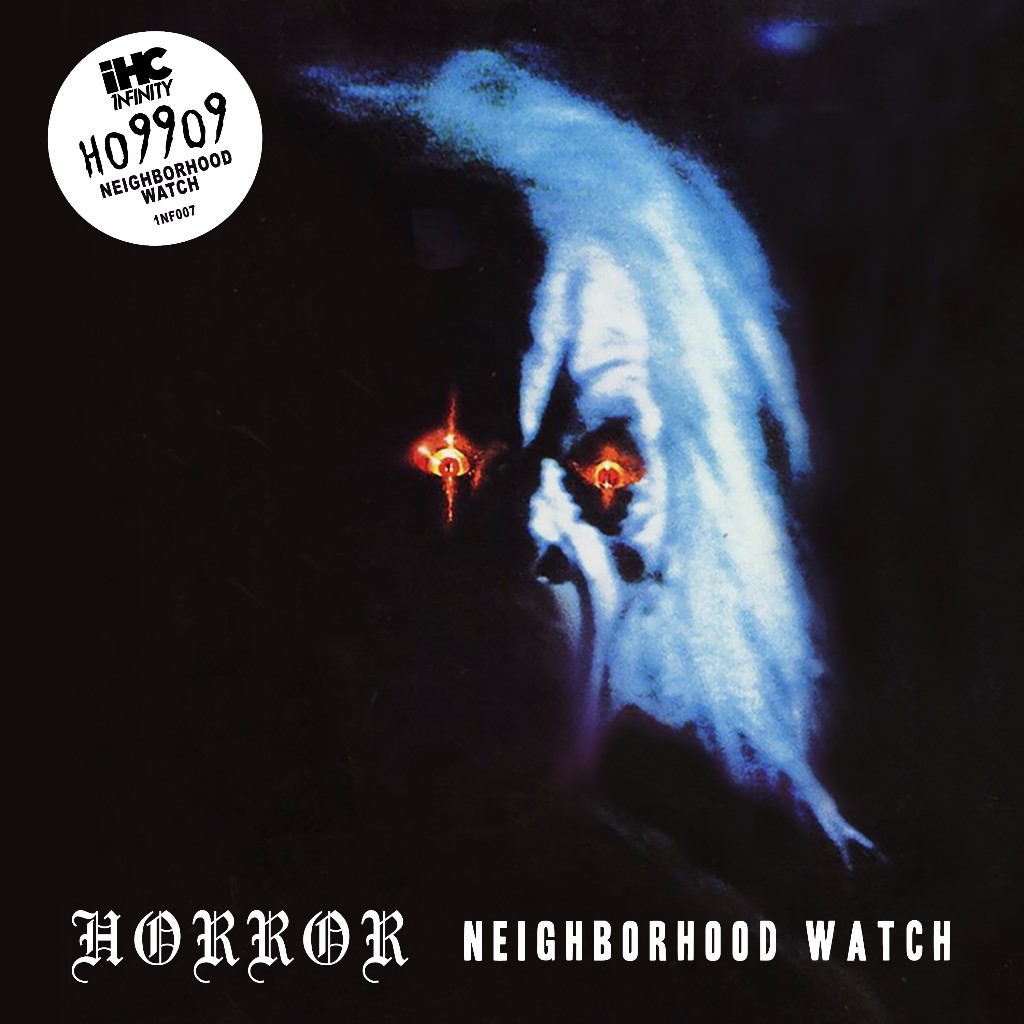 Comprised of New Jersey natives Yeti Bones and theOGM, Ho99o9 mix punk, hardcore, and rap to create their own brand of aggressive trap music. ‘Neighborhood Watch’ is a tough and unforgiving assault on the bystanders to life in the ghettos of the United States. It follows the release of the duo’s debut album ‘United States of Horror’ earlier this year.

Ho99o9 perpetually decimate stages of major festivals around the globe from Afropunk to Glastonbury Festival,  Roskilde to SXSW, from deep within the Berghain to the hallows of the MOCA, where they made headlines when their set was cut short “because the thrashing had become too intense.” Ho99o9 have quickly amassed a worldwide following, sharing stages with the likes of Faith No More, The Dillinger Escape Plan, Ministry, Avenged Sevenfold, Body Count  & Ghostface Killah.  They’ve been praised by The New York Times, NPR, Pitchfork, Rolling Stone, Entertainment Weekly, and FADER who said, “If you can’t tell, rap-punk duo Ho99o9 does not f**k around.”

IHEARTCOMIX connects music and geek culture as a content creator, media brand and creative agency. Born in 2004 by LA based artist, DJ and entrepreneur Franki Chan, IHC has evolved from a record label and event promotion group into a full-fledged entertainment universe where audiences can interact with their ideas at any moment.

IHEARTCOMIX is at home in the growing space where geek and cool overlap. They offer not only high-end content, but a unique voice and creations that speak as much to club kids as comic book fans. In the process they’ve created a one-of-a-kind artistic venture, a mythology that is part reality and part imagination. Their record label, IHC 1NFINITY, is the first to boast a shared music video universe. Their vision has made fans not only out of people who care equally about music and all things nerdy, but a long list of brands and talent they’ve developed deep relationships with including Warner Bros. Films, Skrillex, Sundance, Adult Swim, Mad Decent, WeTransfer, Disney and more.