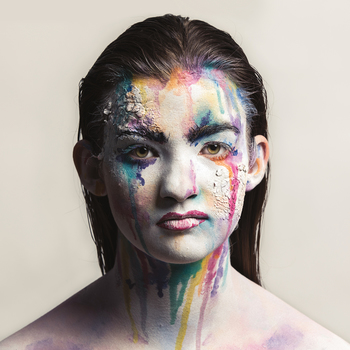 For fans of… Fleet Foxes, alt-J, Grizzly Bear, Conor Oberst
“…musically it could be Happy Abandon’s most confident album yet.”
– Clash Magazine

On the back of the recent release of their acclaimed album Facepaint, out now via Schoolkids Records, Happy Abandon are gearing up to hit the road as they embark on a short tour of Ireland supporting esteemed singer-songwriter Mundy.

To celebrate the tour announcement Happy Abandon have unveiled another heartfelt, emotive single, Beneath Our Feet, taken from their affecting sophomore album. The track is now available to stream and embed via the Happy Abandon Soundcloud page.

The emotional content scattered throughout Facepaint has attracted a number of admirers all over the world with premiere’s on notable sites such as Clash Magazine and Paste Magazine as well as support from tastemaker sites like The Revue, Impose Magazine, For The Rabbits and The Vinyl District.

Forming in early 2015, Happy Abandon’s Peter Vance (vocals, guitar), Justin Ellis (bass & vocals) and Jake Waits (percussion & vocals) met at the University of North Carolina at Chapel Hill. Within a few weeks of performing together, they worked their way onto bills at local shows before taking off to tour the east coast of the US and Canada. It was at SXSW that the band initially hooked up future label head Stephen Judge, playing multiple slots at his annual SXSW party. From there, a relationship was born that would eventually lead to Judge’s offering Happy Abandon a recording contract via his freshly rebranded label Schoolkids Records.

You can catch Happy Abandon in support of Mundy at the following venues: