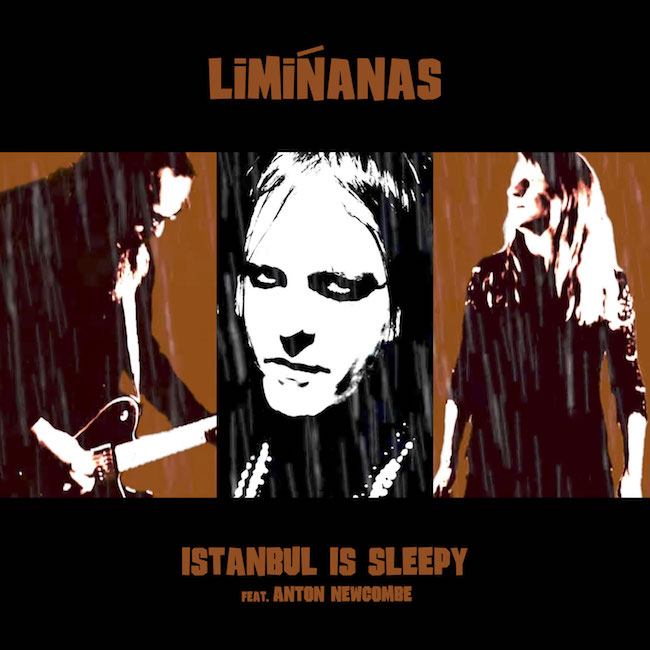 “Sounds as if they have stepped out of Quentin Tarantino’s dreams…. a 60s-saturated stunner” Uncut
“Garagey, soundtrack-infused psych, a swirl of pounding drums, spoken French, baroque melodies” Mojo
“The Limiñanas stick to what they know — The Velvet Underground, Serge Gainsbourg, JAMC fuzz, ’60s soundtracks — but it always sounds effortless and cool” Brooklyn Vegan
French psych duo The Limiñanas today released their new single ‘Istanbul Is Sleepy’ through Because Music. Featuring Anton Newcombe (The Brian Jonestown Massacre) and produced at his Berlin studio, the single is taken from their ‘Istanbul Is Sleepy’ EP out 17th November.
Directed by Jean Luc Moly, the moody, Sixties-inspired video to ‘Istanbul Is Sleepy’ premiered on Brooklyn Vegan.
WATCH ‘ISTANBUL IS SLEEPY VIDEO HERE
The band, who are set to release a new album early next year, will play their debut London show at Oslo on 5th October.
Thurs 5th October – Oslo*- London, UK – TICKETS
* Special Guest DJ Andrew Weatherall
Reflecting on the single and their collaboration with Newcombe, Lionel explained, “’Istanbul Is Sleepy’ is like the classic dream where you become the hero, the Captain Blood or Midnight Sultan(??). The one who rescues and seduces Maureen O’Hara or Ava Gardner. Anton is singing and playing guitar on the track. He was inspired, in particular, by The Cult during their ‘Rain’ period. Last year, Mojo magazine asked us to record a cover for a special Kinks tribute. We chose ‘Two Sisters’. Marie and I were thinking for the vocal part it would be great to approach Anton Newcombe, having opened for The Brian Jonestown Massacre at Le Trianon in Paris. The work began like that. We had an album to record and we decided to finish it with him. During the Christmas week we took our demos, flew to Berlin and recorded at Anton’s studio. Six days later we had a finished album”.
One of France’s most beloved treasures, The Limiñanas are Marie (drums/vocals) and Lionel (guitar, bass, keyboards and vocals). Hailing from Perpignan, the duo straddles the boundary between psych, shoegaze, and yé-yé. With hazy, reverb-laden hooks, combined at times with noisy distortion, and fronted by effortlessly cool vocals, reminiscent of Serge Gainsbourg and Brigitte Bardot, the band is at once timeless and quintessentially French.