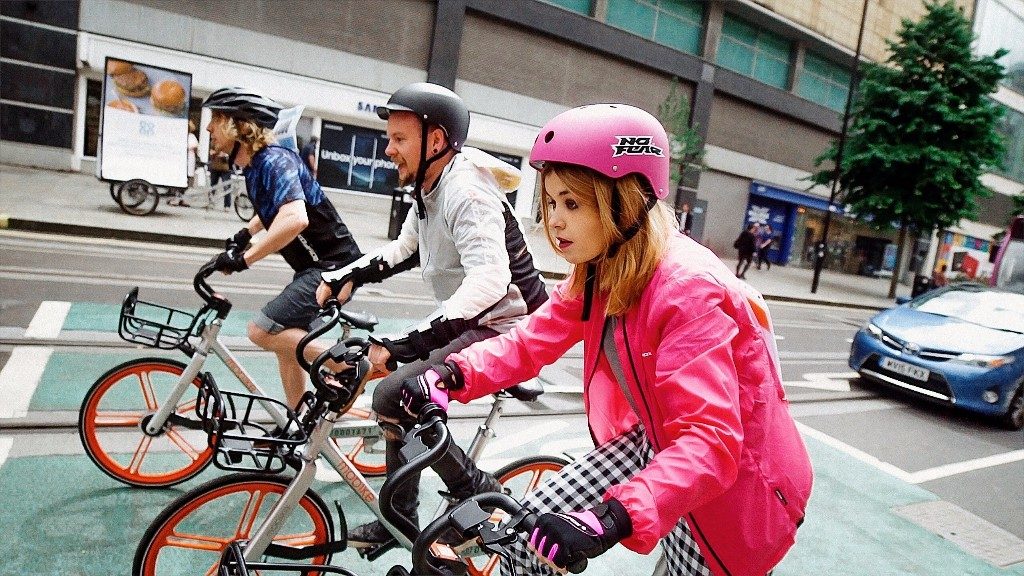 Following a storming set at the BBC Introducing Amplify event recently, Manchester-based trio, False Advertising, are pleased to reveal another brilliant 100% DIY video for their latest single ‘Hey You’, which has been picking up spins at BBC 6Music, BBC Radio One, Amazing Radio and more.

Have you ever really dreamed and aspired to do something? But felt like everyone around you doubts your ability and wants to shoot you down? Weirdly, the band felt this way about cycling in this video, as they explain: ”None of us actually own bikes, so we went and hired MoBikes (Manchester’s doomed social geolocated bike hire scheme) to escape from the burden and boredom of our day jobs and just get out there and ride in our own epic DIY cycle race. Although, it doesn’t quite go exactly to plan, as nothing ever does.”

Commenting on the song itself, the band said: “Hey You is the sound of three friends rising above the stupidity and monotony that surrounds us and translating that independence and power into scarily accessible, loud, music. It’s a rallying cry against stereotyping and for greater diversity and inclusivity in music.”

The EP is a collection of the standalone releases which the band have so far dropped throughout 2017 and builds on their caustic, fuzz-drenched approach to alternative rock, continuing a year which has already seen the DIY band showcase at Texas’s SXSW Festival, featured in NME magazine and gaining support on the airwaves from BBC Radio 1, BBC6 Music, Radio X, Kerrang! Radio and Amazing Radio.

Tickets for the I Would Be So Much Happier… UK Tour are on sale now – http://listings.ticketweb.co.uk/falseadvertising