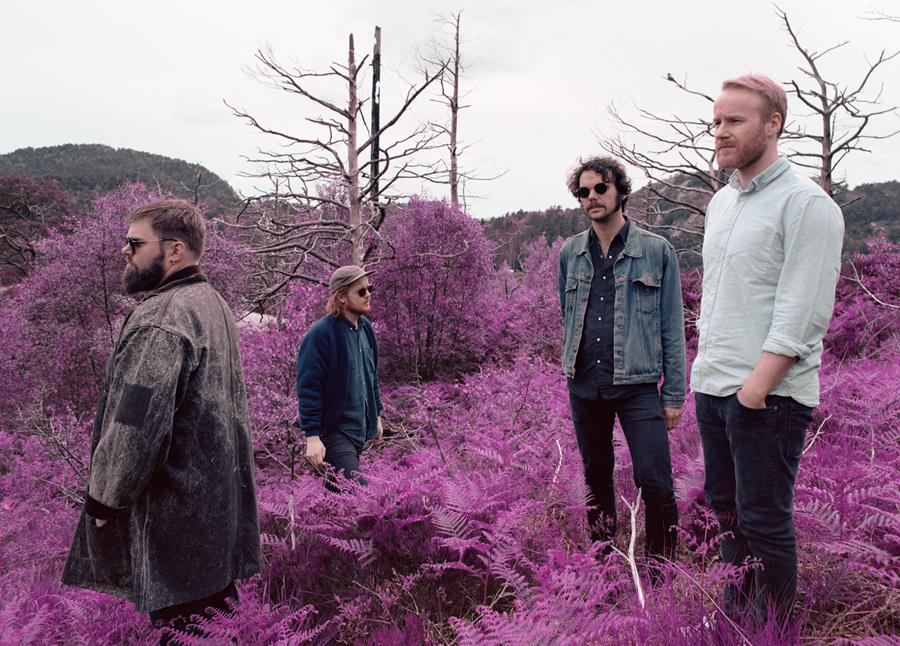 New album due out 8th December via Jansen Plateproduksjon

“Norwegian psych a cut above the rest” – Shindig!

We’re at Broen Studio in Bergen. Øystein Braut, Njål Clementsen, Anders Bjelland and Øyvind Hegg-Lunde have locked into a groove that never seems to stop. Their bodies are swaying in time with the music, their heads are eagerly shaking to the song that’s pumping out of the room, and it seems like they’ll never get out of it. Maybe they don’t want to get out?

It’s a little more than one year since Electric Eye released their second album, ‘Different Eye’, and only eight months since their live album, ‘Live at Blå’, came out. But now they’re standing here again, ready to pull you into a new whirlwind of psychedelic and hypnotic rhythms.

Since the last time they’ve travelled the world and visited countries like USA, UK, Japan, Italy, Germany, Denmark and many more. They’ve been everywhere to play concerts, which is where you really want to experience Electric Eye. Now they’ve brought all of their concerts into the studio, together with all of their experiences and a bunch of new songs.

We’re back in Broen Studio, and it’s difficult not to be fascinated. The band will release their third album ‘From The Poisonous Tree’ in December 2017, and now they’re ploughing through their new single, ‘Sometimes You Got To Jump To Lift Your Feet’. It sounds like a soundtrack to a movie that hasn’t been made yet, it’s villainy acid prog, it’s ethno jazz, it’s old school hip hop grooves mixed with the easily recognisable Electric Eye sound.