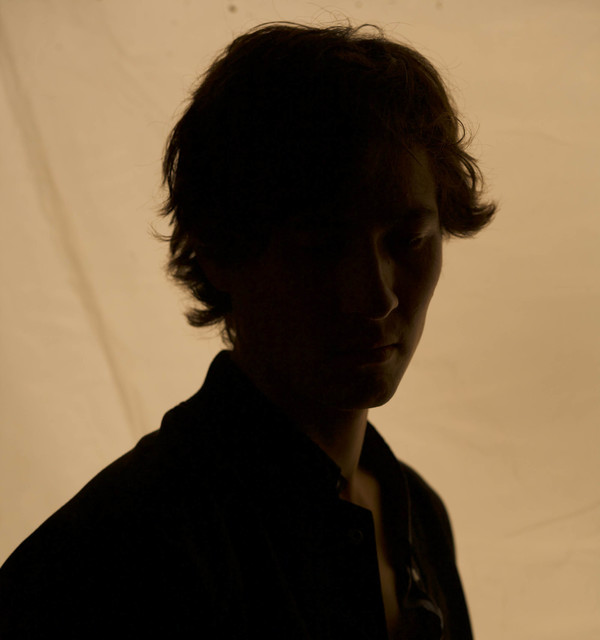 David West with Teardrops
Reveal video for “Cherry On Willow”
Taken from new album Cherry On Willow out on 20 October via Tough Love
David West With Teardrops shared the video for title track to their forthcoming album Cherry On Willow, with Gold Flake Paint, who had previously described the single as; “suitably spacious, West’s gorgeous flow as present and correct as ever before as the song leads a merry dance through its gorgeously hazy three-and-a-half minutes.” They go on to describe the video as offering; “a fly-on-the-wall viewpoint from inside the studio, West and his band playing the glorious new single as the camera dances alongside, throwing the viewer right in to the heart of the action.”
David West describes “Cherry On Willow” in his own words:
“Cherry On Willow is the tale of a daydreaming wanna-be rock’n’roll singer circling the dreary suburban fortress of an unattainable goddess who will surely vaporize upon conversational encounter, or not? It relates this feeling of exciting dread to the pure “thwack” of a cricket bat sending a cricket ball for “six” over the fences, a literary notion sure to endear West to the American marketplace. Fabulous drummer Griffin Harrison provides a stonking glam shuffle beat, and Bob Jones tickles the brain with the phased-out guitar solo. Bob recorded this solo in a practice space in Glasgow on their 2016 UK tour…quite fitting as the song is a bit of a tribute to Scottish indie popsters as well the obvious monoliths and mini-liths of glam glitter. Mikey Young did a sterling job mixing this song. We mixed the song to his highly infamous tape machine which has captured the souls of so many great Australian bands. He had just gotten it back from the repair shop…lucky!”

An Australian now living in New York, David West is somewhat of a a renaissance man, having been involved in an astonishing amount of bands and projects including Rat Columns, Burning Sensation, Liberation, Rank/Xerox, Total Control and Lace Curtain among others. For Cherry On Willow, he swipes liberally from various strains of underground pop, glam, rock’n’roll, synth-pop and disco.

David West has been active in the shifting sands of underground pop for over a decade. Not dissimilar to the main character in Star Wars, his musical career began in a backwater desert village, in this case, Perth, before he migrated to more glittering metropolises like San Francisco and Melbourne, and finally landing in his current home of New York. He presently plays in the contemporary outfits Rat Columns, Rank/Xerox and Liberation. In the past he has participated in such groups as Lace Curtain, Burning Sensation and Total Control.

DW began releasing eponymous platters in 2015 with the Night People/Happy Endin’ full-length cassette Drop Out Of Collage. This was followed in 2016 by the Peace Or Love LP which featured the radio semi-hit “Dream On Dreamer”. DW’s move into the “own-name” category of artists came as his other bands began to develop defined identities. He felt that recording under his own name would be an excellent umbrella for both roving experimentation and a more frivolous, post-modern style of pop music that would not fit in the frameworks of his other projects. Also, after crafting band names for over a decade, it was just time.

Cherry On Willow is DW’s audio pop vision for 2017. It differs from the last two DW releases by introducing a more collaborative framework, creating the backing group Teardrops – an open ensemble of friends and collaborators, including Bob Jones of Eaters, Louis Hooper of Rat Columns, Mikey Young of Total Control and Eddy Current Suppression Ring, Raven Mahon of Grass Widow, dynamite drummer Griffin Harrison and other supremely talented individuals from the past and future. The recordings were quite live and spontaneous, hoping to catch some of the magic involved in speed and improvisation, harvesting creative sparks from his musical colleagues and himself.

The album was recorded in various places in the latter half of 2016 – by DW in his practice space in New York City; in a rental rehearsal room in Glasgow; and a garage studio in Guildford, Western Australia, where Rat Columns’ recent LP Candle Power was also recorded. The record was mixed by Mikey Young and DW in Young’s seaside studio in Victoria in the first days of 2017, and mastered by the ever reliable Joe Carra at Crystal Mastering in Melbourne. The cover photograph was taken in Perth by the Western Australian photographer Traianos Pakioufakis. The graphic design for the record was done by the talented NYC designer Daniel Wagner, well known in the DIY art publishing world for being one-third of the zine/publishing powerhouse Kingsboro Press.

Cherry On Willow was recorded quickly and with a “first thought best thought” philosophy, to capture an old-school pop feeling, with rough edges intact, human movements tracked and uncut. Swiping liberally from various strains of underground pop, glam, rock’n’roll, synth-pop and disco, Cherry On Willow wants to be a thing that swings, the chewing gum stuck between love and loss, born under ever shining stars…so, as DW sings on this record: “let’s paint it blue”…let’s make it real, let’s be a little bit careless, let’s let it all hang out, just a little bit…OK?