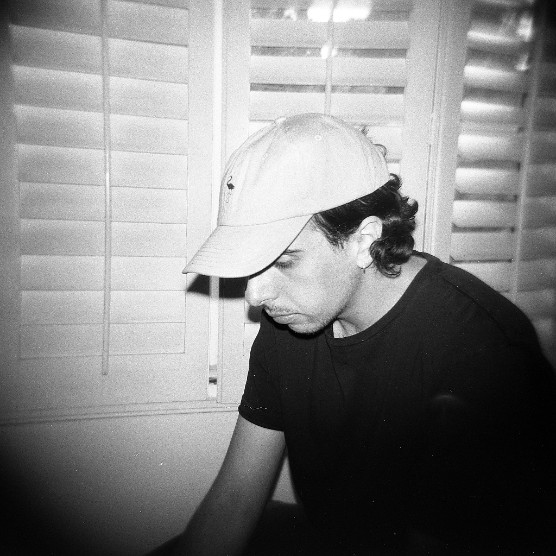 BOYO Premieres New Video For “Me, Again”
via GoldFlakePaint

Los Angeles songwriter BOYO are now premiering the music video for their new song for “Me, Again” via GoldFlakePaint. GoldFlakePaint calls the song “another compelling cut from the young LA artist,” saying it sits “somewhere between Alex G’s early bedroom compositions and Hovvdy’s equally immersive journeying, and carrying a significance usually associated with far more seasoned songwriters.” “Me, Again” is the title track off of their upcoming release Me, Again, set to be released January 19th on Danger Collective Records. Pre-orders for the album are available now via Danger Collective Records. This video follows the release of their single “Insomnia” earlier this fall.
BOYO is the pseudonym of 20 year-old singer-songwriter Robert Tilden. Tilden’s been kicking around the LA DIY scene since he was 16 years old, spending the better part of it fronting the garage band Bobby T. and the Slackers. Me, Again, the follow up to his debut Control, taps into his sense of vulnerability, taking on themes of isolation, addiction, and regret. The album is a jagged collection of garage rock and soft DIY indie and noisey pop music, channeling everyone from Ty Segall to Elliot Smith to Deerhunter.

Tour Dates:
10/27 – Los Angeles, CA – The Hi-Hat
w/ Sad Girl
11/04 – Garden Grove, CA – Vagabond Music & Arts FestivalBiography:
A lot changed for Robert Tilden over the course of the year leading up to his new record, Me, Again. The aptly titled follow up to his first critical release, Control, was frantically finished just three months after its precursor, but exemplifies far more growth than the album’s naive name suggests. Robert’s personal development has been tracked across the handful of projects he’s performed in since entering Los Angeles’s vibrant DIY scene as a teenager. But after spending the better part of his salad days fronting Bobby T. and the Slackers, opening up for local heroes like Moses Campbell, Surf Curse, and Palm Reader he refocusing his efforts on a new project, BOYO. Now for his second release with Danger Collective Records, Robert has composed a jagged body of work reflecting on everything that has brought him to where he is today.

Like all of the songs he has produced to this day, the tracks that make up Me, Again were conceived during the late hours of the night in cobbled together home studios around Los Angeles and the San Fernando Valley. Robert taught himself how to record after pirating ProTools on his family computer at 15, and has since persevered through the trials and tribulations of bedroom recording to craft the sound he is now known for. Robert doesn’t labor over his songwriting and recording, much like his LA DIY predecessors, No Age and Ty Segall. Instead, Robert hastily writes and arranges heartfelt track after heartfelt track, amounting to a massive musical output, part of which he and label head Reed Kanter narrowed down to construct Me, Again. The songs that make up the album range from fuzzy ballads like “A Social Death by Proximity (In Hollywood)” to apologetic slow jams like “Haunts.” Each of the tracks give a different glimpse into scenes throughout Robert’s formative years, referencing the sights and sounds of the places he has inhabited as a young adult.