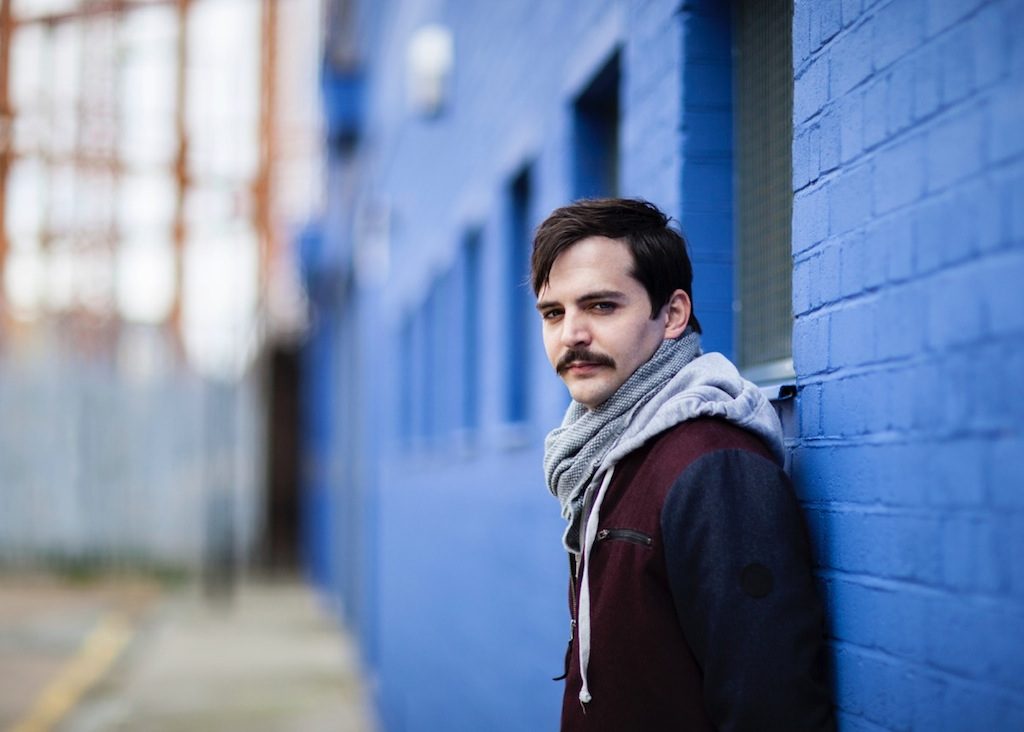 Ahead of his upcoming UK tour with Sylvan Esso & headline London show this November, Austin-based artistBayonne is sharing a new single “I Know”.

Speaking about the new track, Bayonne, aka, Roger Sellers said “The basic themes of “I Know” are regret and a struggle between two worlds, whether that be tour life versus home life, relationship struggles, or that other internal side of yourself that can be hard to reach. I spent a lot of time on the road last year and this was the first song that I wrote when I was back at home. It was a period of re-adaptation.The whole “I Know” part is crying out after you know that you’ve messed up and you feel helpless to correct your wrong. It’s that feeling of no turning back and feeling like you defeated yourself and someone else as well.”

Bayonne is working on his new album, which is expected out next year, which will be the follow up to his debut, Primitives, which came out last year via City Slang.

Having previously played shows with the likes of Two Door Cinema Club, Caribou, Neon Indian, Chairlift, Thundercat,  Battles & Peter Bjorn and John, Bayonne will play with Sylvan Esso this November, as well as playing a headline London show on 3rd Nov. All dates below.

Praise for ‘Primitives’ album:
“It’s sensational, all dizzy-making, densely layered, euphoric electronica” – The Sunday Times
“Bayonne forges energetic and joyously sweet-natured indie-tronica” – MOJO (4*)
“The debut from Roger Sellers aka Bayonne is a polymorphous, looping-leviathan of an album, channelling piano, synth, samples and stomping rhythms into a never ending spiral of celestial bliss” – London in Stereo
“The electronic anchored sound of Primitives fluidly crosses into familiar areas of reference but resists solidifying into a set mould” – The Line of Best Fit (7.5/10)
“Evo-loop-tionary… At its core lies the beating heart of electronic music” – DJ Mag (7.5/10)
“You’ll be hypnotised by its charms” – Loud & Quiet (7/10)
“Bayonne stands out from his more well-known contemporaries for a number of reasons” – Drowned in Sound.