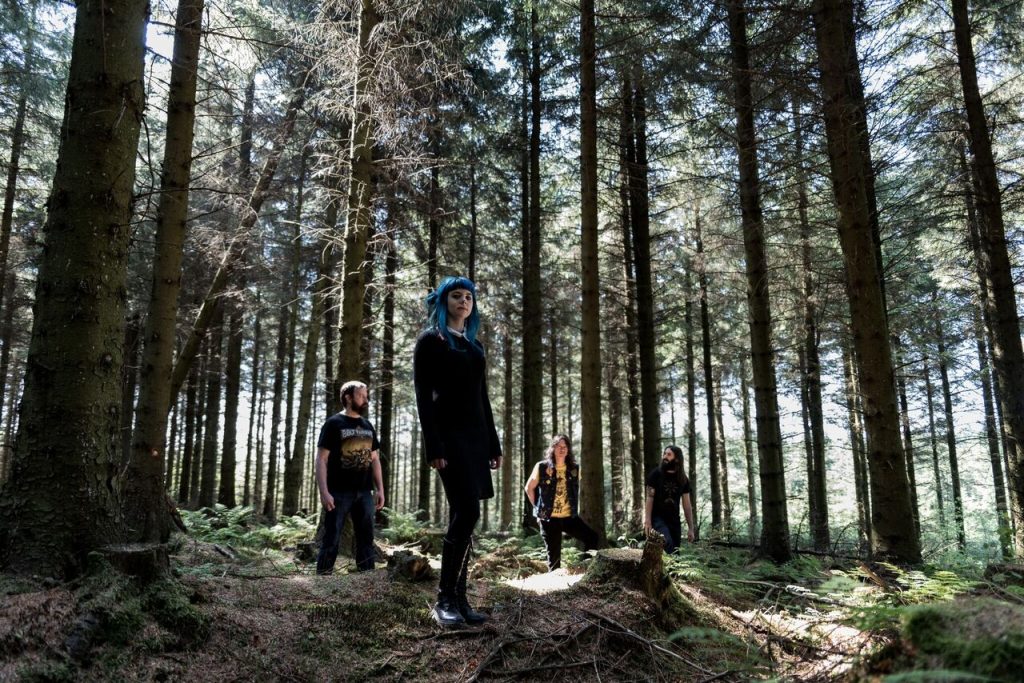 Doom rock band, Mammoth Weed Wizard Bastard’s self-titled album is the fourth album to be revealed as one of the twelve shortlisted for the 2017 Welsh Music Prize.

The shortlist of the prize is today being revealed and ’Y Proffwyd Dwyll’ is one of twelve albums which show the scope of the music being produced by artists from Wales.

Experimental and ambitious, Wrexham based four-piece Mammoth Weed Wizard Bastard have a vision for the crowded doom genre. Their latest release ’Y Proffwyd Dwyll’ i.e. ‘The False Prophet’ in Old North Welsh, is a dark, heavy, yet extraordinary journey which shows the full scope of the bands’ talents.

Already announced so far are….

BABY QUEENS – BABY QUEENS (Strangetown)
Cardiff’s all-girl R&B group Baby Queens has turned heads of late with their soulful singing and trip-hop inspired self-titled album, produced by Super Furry Animals’ Cian Ciaran.
BENDITH – BENDITH (Agati Records)
The hotly anticipated collaboration between much loved Welsh bands Colorama (Carwyn Ellis) and Plu does not disappoint. The beguiling mix of styles has created a dreamlike alternative folk sound that undeniably compels the listener to share in the unusual but charming musical vision.
GRUFF RHYS – SET FIRE TO THE STARS (Finders Keepers)
Gruff Rhys is a versatile artist. From his work with alt-rock legends Super Furry Animals to a concept album about Welsh explorer John Evans, the Pembrokeshire native has worn many hats over the years and he’s worn them well.   An elegant and sophisticated release, the mostly instrumental ‘Set Fire to the Stars’ is testament to Rhys’ enduring talent and the soundtrack for the film of the same title starring Elijah Wood and Celyn Jones. This is the first soundtrack to be nominated for the prize.
GEORGIA RUTH – FOSSIL SCALE (Navigator Records)
Georgia Ruth’s latest release, Fossil Scale, has seen the Aberystwyth native ditch the harp in lieu of pianos, guitars and percussion to create an album with real beauty. Her last album ’Week of the Pines’ won the Welsh Music Prize in 2013.

Welsh Music Prize winners and nominees have gone on to achieve subsequent success due to the prize’s industry recognition, not only in Wales but on a UK and international platform.

Dave from the band said: ‘We are surprised and honoured to be shortlisted for the Welsh Music Prize. We’ve always tried to include where we come from in the music we write. The Welsh language is beautiful and very descriptive so we wanted all our album titles to be in Welsh. We really wanted to explore and advance our sound with this album so we included more stuff like vocal harmonies and analogue synths.

“The response the album received was great and being invited to play in such cool places such as Poland, Germany and Lithuania kind of indicates that Welsh music does travel well.’

Huw Stephens, Welsh Music Prize said: “It’s been a strong year for albums in Wales. This shortlist reflects that and we can’t wait to find out which album the judges choose. The Welsh Music Prize has really grown in stature over the years and now we see international press and the music industry recognizing the title as an important and respected accolade.”

This year’s event is supported by PPL, PRS for Music, Stereoboard and Tiny Rebel.