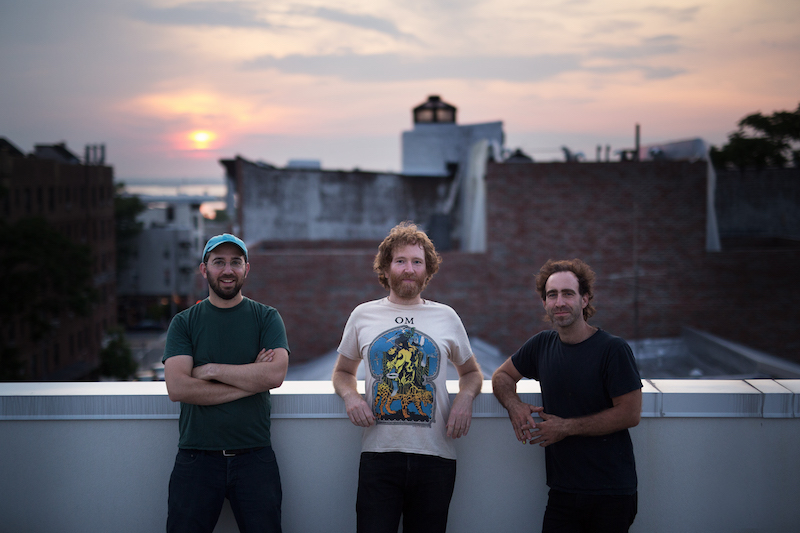 “If I could make music on my own and was really fucking good at it, I’d want it to sound like Dan Friel.” – Marc Masters

​”​Most of his songs include a constant whirr, and leave you with the echo of that eternal buzz—an effect that I imagine is a mirror of Friel’s bleeping brain.”
– Pitchfork

“For years now Dan Friel has been the guy making experimental DIY shows in the back of art galleries not just tolerable but transcendent.” – Stereogum

“…it’s intense frenzy accompanied by choral melodies, the music of the band has the ability to transform apocalyptic scenarios into something cathartic and euphoric..”  – Blow up

Upper Wilds (new project of Brooklyn musician Dan Friel) are lifting off with their debut album Guitar Module 2017, on September 22nd. The album, recorded entirely by Friel at Providence studio Machines with Magnets (Battles, The Body), marks Friel’s first time incorporating vocals into his music since his days in Parts & Labor, and retains his signature penchant for heavily distorted textures and addictive melodies.

Guitar Module 2017 serves as a launching point for Upper Wilds, a band comprised of Friel on guitar and vocals, bassist/vocalist Zach Lehrhoff (Ex Models, Pterodactyl) and drummer Aaron Siegel. The trio plan to bring their raw, enveloping sound to the East Coast and Midwest throughout the Fall. Just as the ash and smoke billow from the maw of Mount St. Helens on the cover, Upper Wilds’ music blasts forth blanketing you in the density of their sound and inviting you into the abandon of chaotic energy and unbridled joy.