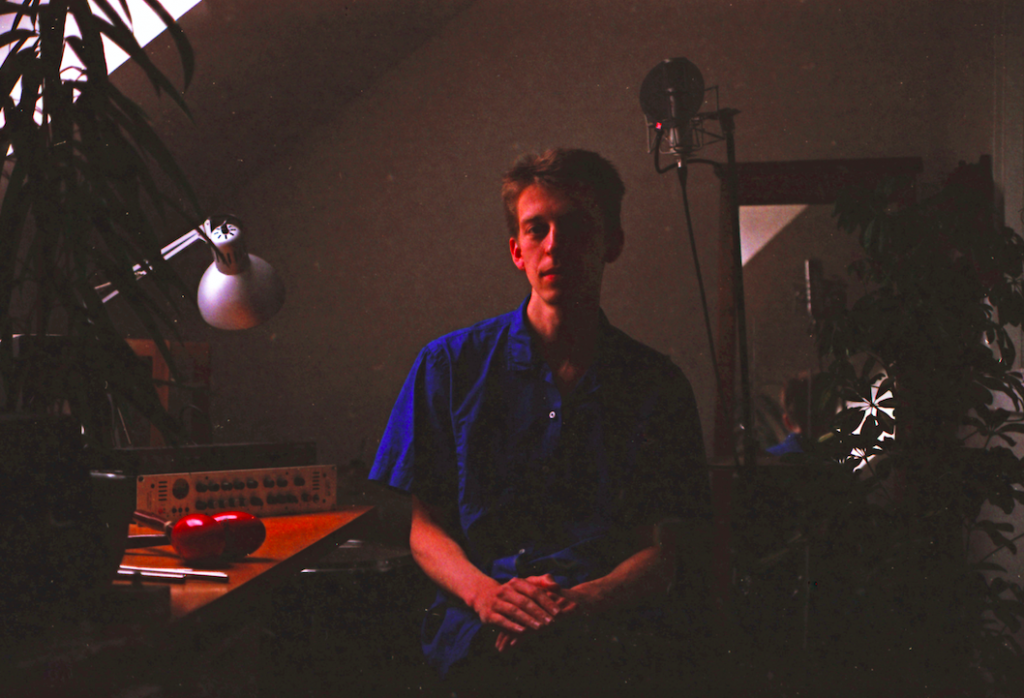 London based Tree House shares brand new single ‘Nonsense’, taken from debut EP Into The Ocean which is out now via Memorials of Distinction. Tree House is the the solo effort of American-born, London-based Will Fortna who aims to deliver beautiful music laced with influences from his varied music taste. ‘Nonsense’ is a warm and fuzzy track filled with beautiful synths and  accompanied with the light and airy tone of Fortna’s voice.

He says of the track: “The song started with my playing some Fela Kuti chords on piano, before evolving into its current form. I started writing it in the morning, and the lyrics are addressed to the morning itself.  Every day we unconsciously reconfigure ourselves to the systems that we live within – be they market capitalism, party politics, or alienated urban life. These absurd impersonal systems tend to hem us in and limit our humanity, but it’s important to remember that these things are contingent.  I guess this song is just a recognition of that and an attempt to temporarily extricate myself from those complacencies.”

Tree House is the project of London-based Will Fortna. Due to the thin walls, uptight roommates, and lack of equipment in his Brooklyn apartment in 2014, Tree House began as a decidedly minimalist project. Tree House’s name is a nod to both Arthur Russell, an early and enduring influence, and the aforementioned windowless loft space where Fortna taught himself how to sample drums and play the keyboard, composing using headphones, keyboards and hushed vocals. Over time, Fortna has developed a less constrained approach, reflecting the eclecticism of his musical interests, from Pharoah Sanders to Chairlift; Mulatu Astatke to David Byrne.

Into the Ocean, a debut six-track EP, non-chronologically catalogues Tree House’s evolution, and ‘Water Fountain’ is perhaps the culmination of Tree House’s development to date, featuring members of the live band for the first time on record. Its spacey, groovy verses give way to breezy ambient passages, only to return to foot-tapping danceability. Fortna’s voice is clear and sweet, rhythmically inviting us to “take a deeper step into the tide”, before floating somewhere “away from time and space”.

The rest of the EP traces Fortna’s wide musical interests, from the warm afrobeat guitars of ‘Warm Blue Feeling’, to the interwoven string arrangements of the title track, written in the midst of an infatuation with 1970s New York minimalism of Steve Reich and Philip Glass.  ‘Classical Symphony’, the first song written under the name Tree House, evidences the project’s early approach, where rhythm, harmony and instrumentation are stripped to their bare essentials, allowing Fortna’s voice to softly glide over the top.

The EP is out now via Memorial Of Distinction and will be available digitally and on cassette.

Into The Ocean Tracklisting: