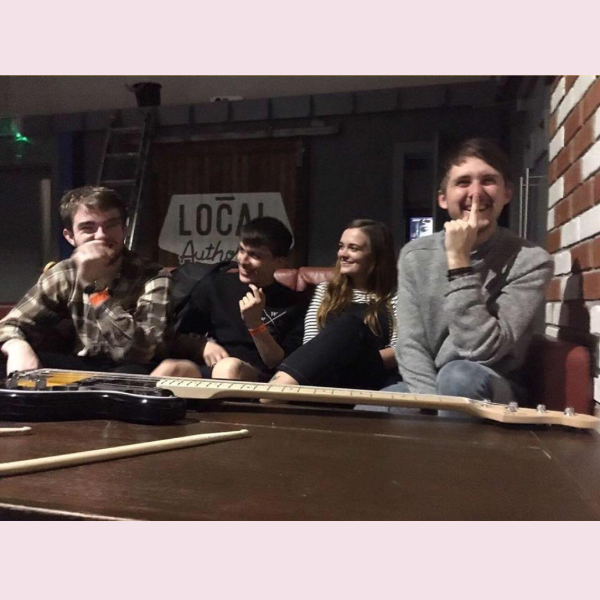 Taco Hell (emo/punk) have released a live set from their headline show at Nottingham’s legendary Bodega exclusively on Bandcamp and cassette via Circle House Records.

In June, the band were asked to headline Nottingham’s legendary Bodega venue, and managed to record their set. Seven of the songs have been used on this live release, including a brand new song (“Girl Up”) which will be featured on their first album, which they are recording next month. The rest of the songs are taken from their first and second EPs, Breathe Deeply and Retainer, respectively.

The EP coincides with the six month anniversary of their second EP, Retainer, and is available for £1.50 to download via Bandcamp, or on a limited run of cassettes (/30) via Circle House Records. Artwork is below, and was drawn by James Birtwhistle. The release was mixed and mastered by Isaac Ashby (College/Moon>Sun).

The band released their second EP Retainer in March this year, which has seen extremely positive reviews from Punktastic, Already Heard (4/5) and Ramzine (80%) amongst many others. After supporting bands such as Pinegrove, Pity Sex, Dowsing, The Tuts and Waco, they have also played a sold out headline show at Nottingham’s JT Soar, a slot on Dot to Dot Fest, been played on BBC Radio 1, as well as slots at Washed Out Fest in Brighton and Backpack Fest in London since the release.

ISOBEL CAMPBELL shares video for new single “Hey World” from There Is No Other, due 7th February on Cooking Vinyl + UK live dates next year