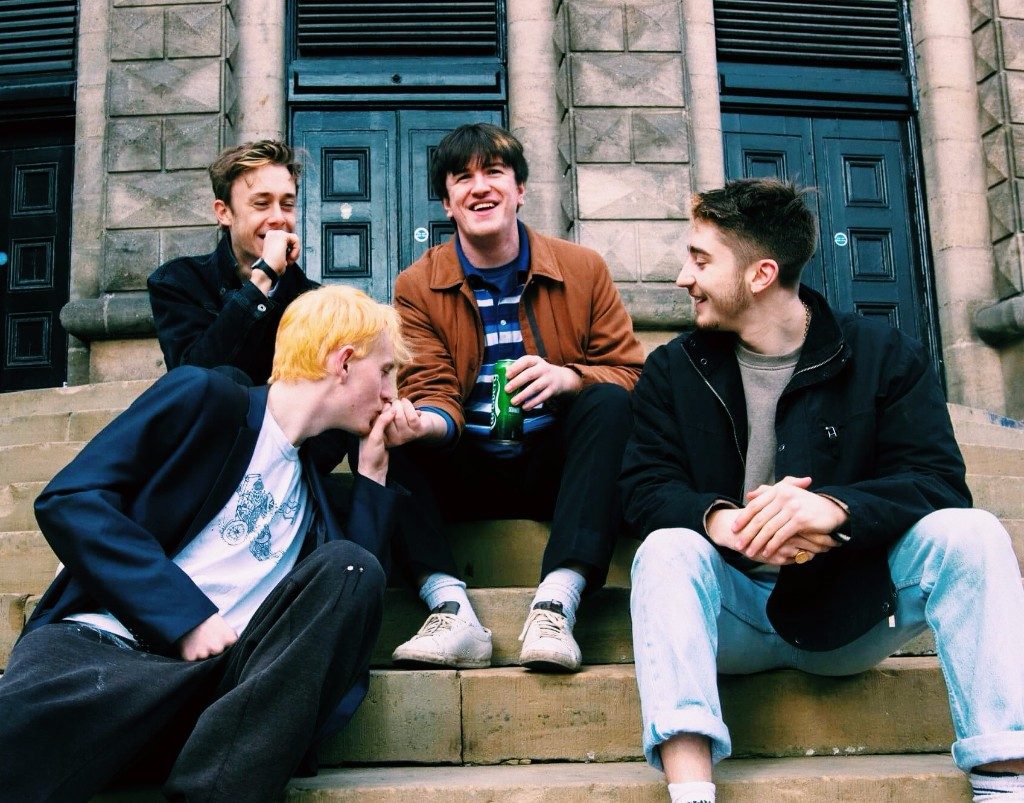 Leeds foursome Party Hardly, the latest export from the city’s thriving music scene, have announced the release of their forthcoming new single Mindchanger ahead of a series of autumn dates.

With early support from the online community, combined with tour slots alongside acts including The Magic Gang, INHEAVEN and Trudy and the Romance, the four-piece comprised of Tom Barr (vocals, guitar), Lachlan Banner (drums), Matt Pownall (guitar, vocals) and Stanley Braddock (bass, vocals) have already developed a staunch local following through these early shows and look set to reach bigger audiences in the coming months.

In new cut Mindchanger, the band’s dreamy qualities soon transition into an explosive blend of indie rock ferocity overflowing with pounding guitars and snarling vocals, hinting at comparisons to the likes of The Orielles and Splashh.

Discussing the release, the band stated: “Mindchanger is an ode to the experiences felt by the parents of the youth of yesterday. Played out through the perspective of a parent struggling with the difficult nature of an anxty teen, the song takes the listener through a journey of their own personal past, with a new meaning easily discovered upon each listen. To put it simply, Matt now rarely misses a Sunday roast!”

Produced by Alex Greaves (TRASH, Seeing Hands, The Boxing), Party Hardly’s Mindchanger is out 29th September and will be available on all platforms.