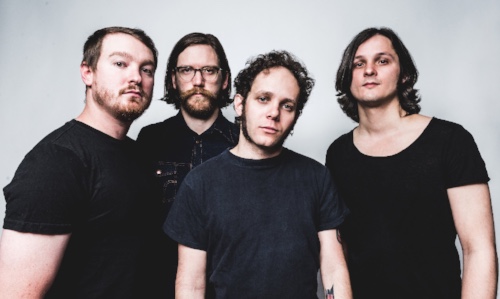 With a name taken from a 1962 science fiction novel about giant, disembodied eyes that descend from space to control humanity, Baltimore’s The Flying Eyes are a heavy psychedelic rock band with a difference.

In 2007 they founded Farm Fest, a DIY music festival in Maryland which ran for six years and featured the likes of Black Moth Super Rainbow, Celebration and White Hills among many others. Yet hardly strangers to the stage themselves, since their formation over ten years ago they have supported the likes of The Raveonettes, The Black Angels and Dan Auerbach, and achieved an impressive following in Europe with extensive club touring. Not to mention countless festival appearances at Burg Herzberg Festival, Rockpalast Crossroads, Desert Fest (Belgium) and the Synchronicity Festival in India.

Produced last year by Gabriel Zander (Mars Red Sky) at Super Fuzz Studio in Rio de Janeiro while on tour in South America, Burning of the Season is a return to the band’s roots of fuzzed-out blues and soulful psychedelia and is released on 22nd September 2017 through Ripple Music. 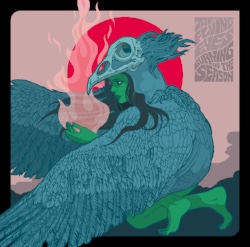