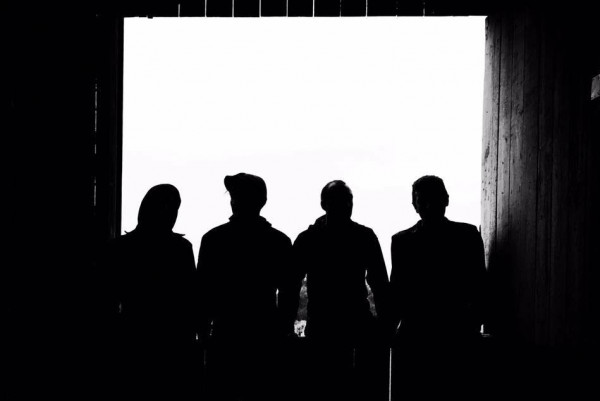 Speaking on the video, vocalist Chris Matulich said, “I think the idea behind a song like this is just to set the pace and throw back to old punk, like when the Ramones would have a song with only a couple of lyrics. A lot of people won’t get it, but that’s fine.”

The debut album, ‘Sciatic Nerve’, is set for release on the 13th October and is packed full of minute long bursts of dangerous rock n’ roll that come heavy, fast, high in energy, and low on bullshit. The music is hard, but also melodic, creative, and fun.

‘Sciatic Nerve’ will be released through Gunner Records in the UK/EU and is available to pre-order now on 12 inch vinyl here: http://shop.gunnerrecords.com/

Sciatic Nerve features members of Swingin’ Utters, Nothington, Western Addiction and Cobra Skulls, who are all long-time friends. “I like the fact that we have all known each other since Jr high school” states Matulich. “We have never been all 4 of us in the same band before, and these are the most talented musicians I know. This band formed by accident, but in a way, it just makes sense.”

The days where serious touring punk bands are formed naturally through high school friendships are gone. That sort of organic, authentic formation is something that hasn‘t existed beyond the late 1990s. Having grown up together in Santa Rosa, CA, the members of Sciatic Nerve have been close friends since junior high and it shows.

With individual band experience on punk labels such as Fat Wreck Chords, BYO Records, and Red Scare Industries, this is their first band together with no rules and no expectations — and that freedom is clear in the music. Combine 20 years of personal history, talent, creativity, and a passion for pushing the boundaries of a classic genre, and you get Sciatic Nerve. Welcome to the party.​

Introducing East Of My Youth