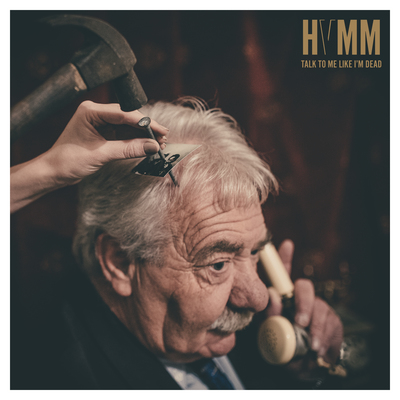 “Heavy riffing with a blistering dose of sarcasm…”
– Clash

“…a ferocious blast of thundering blues rock with a spine of steel.”
– Classic Rock

Worcester’s apoplectic rockers HVMM have released their debut EP Talk To Me like I’m Dead, out now via ILA. To celebrate the release, the EP premiered on Punk News and is also available to buy on iTunes and stream on Spotify now.

The band’s video for their single Going Postal premiered on Clash and is now available to watch on the HVMM YouTube channel.

HVMM will be playing their first London headline show – now sold out – here:

22nd November – Sebright Arms – London
Talk To Me Like I’m Dead is out now via ILA and is available to buy on iTunes and stream on Spotify now.