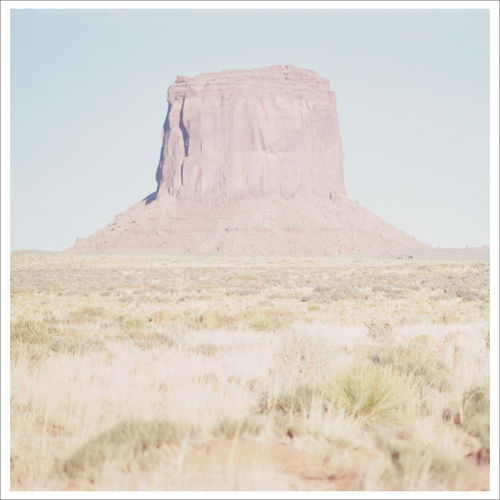 Gun Outfit
Announce New Album Out Of Range
Out 10 November via Paradise Of Bachelors
“Dreamers wielding slide guitars. A tradition-warping band, with a punk aesthetic deep at the center and double-guitar desert-rock psychedelia at the surface.” ­- The New York Times
“With its echoing grooves, drifting landscapes, and new textures—bits of bluegrass banjo, homemade electric sitars—it has the blue-sky sensibility of a soul-searching road trip. You want to get lost inside of it, to turn it up on a road trip that lasts for weeks.” – Pitchfork
Gun Outfit are pleased to announce their new album, Out Of Range, due 10 November on Paradise of Bachelors. Along with the announcement, Gun Outfit are sharing lead single “Strange Insistence” via NPR Music who describe it as, “cactus-chewing, smoke-signaled rock music that perpetually rolls towards sundown… a cowboy poetry swirled in honky-tonk postmodernism.”
Out of Range contains Gun Outfit’s most conceptually sophisticated and lyrically ambitious material, while remaining their most musically subtle, understated, and accessible album to date, completing their gradual metamorphosis from punk aesthetics to a truly cosmic country—wherein “country” is a geography, a structure of feeling, not a genre. The band’s Dylan Sharp explains the approach as “a kind of American neoclassicism, running through an enormous empty set piece of the historical frontier, the only stage on which our kind of puritanical decadence can successfully perform the irony of its existence, and thus salvage small chunks of high value scrap from the culture that now threatens the world with death.”
Appropriately, on the subjects of “puritanical decadence” and death, “Strange Insistence” is a song about the damages, deceits, and delights of drugs. It quotes the Old Testament (Numbers 21:17: “Spring up/O well”) soon after reciting, ironically, the deadly seductions of narcotics: “Speed makes you a genius/Cocaine will make you rich/LSD shows you divinity/And everything’s alright on opiates.” “I tried to quit/before I quit again,” it begins with resolve, but after all, “lies can make you famous.”
Sonically, Gun Outfit has never sounded more confidently awash in its collective strengths and nuances, its players never more sensually attuned to each other’s playing. Like a stone eroded by years in the arroyo, the band’s enveloping aesthetic of guitar levitations and honky-tonk hexes has become gradually smoother over time. Dylan Sharp and Carrie Keith have become highly sensitive, idiosyncratic singers and guitarists—two voices that meld and ascend into a wild, honeyed helix. Drummer and founding member Dan Swire (drums, percussion, guitar) and Adam Payne (bass, guitar) comprise the rare rhythm section able to vault a song into the strata through sheer will or show remarkable restraint when required. Henry Barnes, the legendary mastermind of Man Is the Bastard and Amps for Christ, has gone from mentoring multi-instrumentalist accomplice to official band member, scarifying these songs with his singular guitar, dulcimer, bouzouki, and fiddle parts as well as his own homemade hybrid instruments like the “sibanjar” and “springocaster lap-slide.” Engineered by Facundo Bermudez (Ty Segall, No Age) and mixed by Chris Cohen (Weyes Blood, Cass McCombs) in Los Angeles, the recording process spanned the 2016 presidential election.
Out Of Range ranks as Gun Outfit’s most brutally beautiful statement yet.
Listen to Gun Outfit’s “Strange Insistence” via YouTube
https://youtu.be/Zuh8PQR4MuU
Out Of Range Tracklist:
1. Ontological Intercourse
2. Landscape Painter
3. Cybele
4. Strange Insistence
5. The 101
6. Slow Realization
7. Sally Rose
8. Three Words
9. Primacy of Love
10. Background Deal
11. Second Decade
Gun Outfit Shows:
Sat. Sept. 23 – Los Angeles, CA @ The Troubadour w/ Wand, Darto
Wed. Oct. 4 – Los Angeles, CA @ The Echo w/ Sheer Mag, Tenement