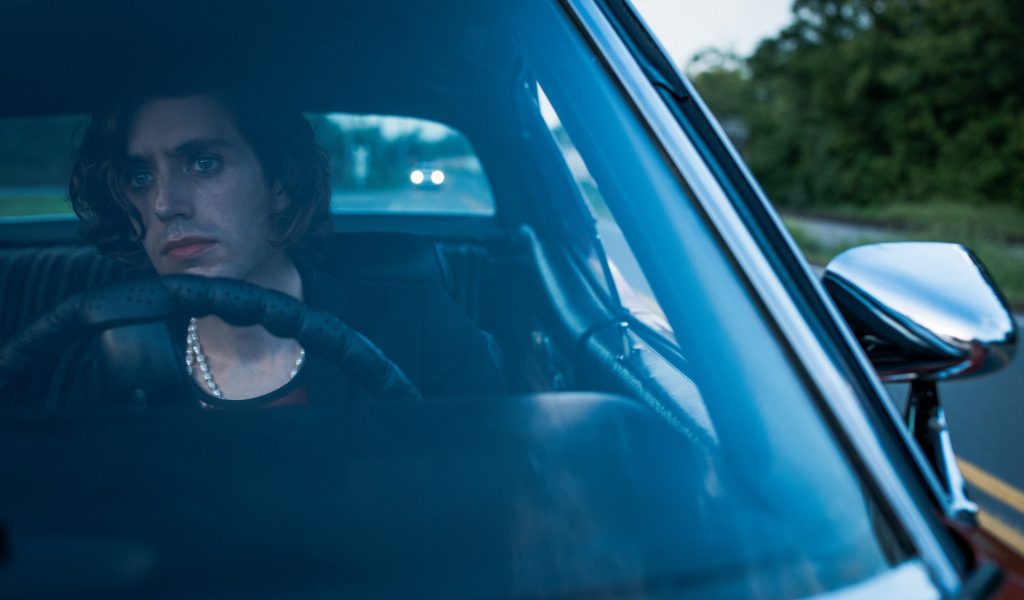 Shares video for new track, “Driving Down To L.A.”

One of the breakout success stories of 2015/16 following the release of his hugely acclaimed album Perpetual Motion People, EZRA FURMAN has today unveiled a video to a new track, “Driving Down To L.A.”, directed by Joseph Brett and produced by Daniel Lefkowitz. Of the video, which can be viewed HERE, Furman has made the below statement:

This video is dedicated to Heather Heyer, killed the day before we started filming.

This is a song of paranoia, escape and ecstatic ego-death. We decided to make a video about me and my angel companion escaping from modern-day Nazis.

The disturbing circumstance of making the video was this:

The video shoot took place over five days in the small town of Strasburg, Virginia on August 13th, the day after the Charlottesville “Unite the Right” rally turned fatally violent, a ninety-minute drive away. This was a coincidence. We had planned to shoot there long before we knew there was a far-right rally scheduled to take place in Charlottesville. So we had the strange experience of making a music video about fleeing white supremacists in Virginia at the moment that the whole country was talking about them, and as the president refused to unequivocally condemn white supremacy.

It is terrible to watch America’s white supremacist roots flourish like this again, not to mention the accompanying misogyny, queerphobia and anti-Semitism. I intend this song, video and my entire career as a protest against those attitudes.

This video is about how fear turns to violence. I hope it goes without saying that I don’t advocate shooting a gun into a car full of people, whether they are enraged white supremacists or not. The video is a fantasy and a nightmare. I think it matches the cultural nightmare we are now living through, one from which I pray we can soon wake up.

“Exploding In Sound: Live at Shea Stadium” Benefit Compilation Due out October 6th- Streaming In Full Ahead Of Release