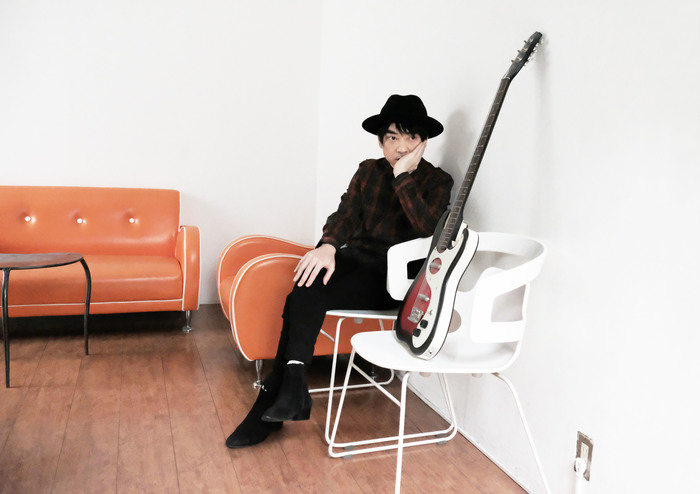 Cornelius
Shares live video for “Helix/Spiral”
New album Mellow Waves out now via Rostrum Records
Japanese mastermind and maverick Cornelius (aka Keigo Oyamada) reveals a live video for the track “Helix/Spiral” from his first new album for 11 years, Mellow Waves. Filmed at his recent show at Tokyo’s legendary Liquid Room, the video allows the viewer to experience a taste of the famed Cornelius live experience, blending the thrilling music with spectacular visuals, which all perfectly synchronized the performance. The custom lighting doesn’t simply augment the performance, but becomes another instrument within it, and a full band of equally talented and diverse players.
Mixing eastern avant-electronica and krautrock with jazz and bossa nova, Mellow Waves is Cornelius’ most personal work to date, focusing on melody and the tremolo sound. The album is about getting older and all his childhood idols dying off (Prince, Michael Jackson, David Bowie).
The track “The Spell Of A Vanishing Loneliness?” has guest vocals from Miki Berenyi from Lush, about 10 years ago they realised that they’re distant relatives. She wrote the lyrics for the song, which is about her mother who lives in Los Angeles. Cornelius also collaborates with Shintaro Sakamoto (Yura Yura Teikoku), who wrote lyrics for the songs “If You’re Here” and “Dear Future Person”.
The design aspect has always been hugely important to Cornelius and this is demonstrated through the artwork and visuals for Mellow Waves. He works closely with video directors to create visual masterpieces, including the two videos released so far for the album, “If You’re Here” directed by Koichiro Tsujikawa, “Sometime / Someplace” directed by Yugo Nakamura, who is the visual designer for the project, as well as and the stunning “In A Dream”.
Cornelius made his name in the 90s as “the Japanese Beck” with cult albums such as the genre defying Fantasma (1997), which mixed the 60s harmonies of The Beach Boys with krautrock and French pop, and the precise found-sounds glitch electronica of Point (2002) and Sensuous (2006). As Patrick St. Michael from Stereogum explains, he created; “a genre-skipping and time-traveling take on pop that defined “cool” to many in Japan over the decade (not to mention get him critical love and a label deal abroad (with Matador Records)).”
Cornelius also contributed to several prestigious UK-based art exhibitions including video works for the JAM Exhibition held at the Barbican Gallery in London in 2002 and presenting music for the exhibition “Shhhh….’ at The Victoria and Albert Museum in 2004 around the release of the DVD version of the Point album.
In the intervening years between his last Cornelius album Sensuous in 2006 and now, Oyamada has been busy working on a variety of projects. Notably appearing in Yoko Ono’s Plastic Ono Band, who appeared at the Meltown Festival in 2013 (the band also featured Sean Lennon and Yuka Honda of Cibo Matto). He has played with Yellow Magic Orchestra and collaborated with J-pop artist Salyu to create the project salyu x salyu. He has also worked on several film scores including Edgar Wright’s Scott Pilgrim vs. the World and the anime mega-film Ghost in the Shell Arise, which helped inspire the Mellow Waves album track “Surfing On Mindwave Pt. 2.”, which is a song about a continuous wave.
“Mellow Waves hits you not just with ravishing sonics, but with a plangent heart, a sense of emotional growth that fulfils the promise Cornelius’s music has always had. It brings to a glorious completion a pure emotional core that jangles and compromises Oyamada’s supra-awareness in delicious ways.” The Wire
“Cornelius cooks up a melee that defies immediate categorisation. Part-electronica, part organic and fluid, part-fractured, the details shape-shift into a perfect whole.” DJ Magazine