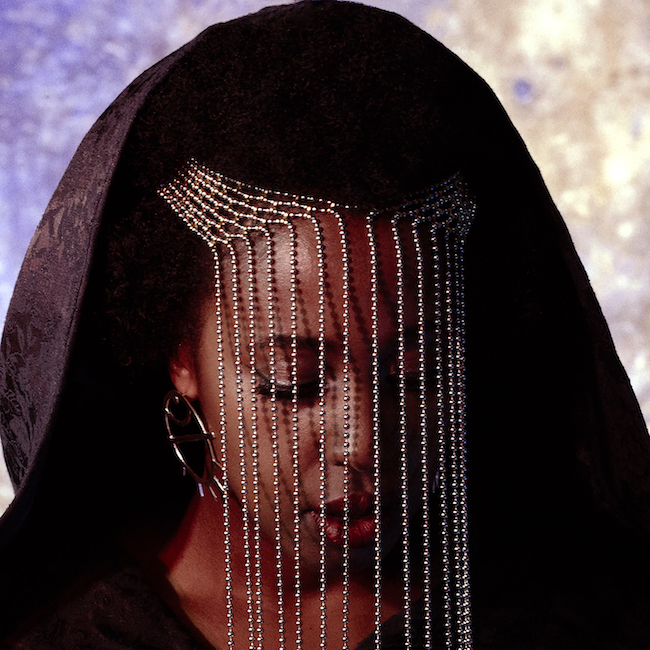 FOOL’S PARADISE UK TOUR 2017 STARTS THIS WEEK
“Positively spellbinding and downright possessed” NME
“Haunting and healing in equal measures” The Guardian
“Simply beautiful” Sunday Times
“Strange, compelling and timeless” The Observer
“Beautifully soulful … the themes of war, dislocation, and the redemptive power of music have rarely been so prescient” – Clash
“Her best album” The Fader
“Haunting doom-laden soul” Vogue
Cold Specks’ new album ‘Fool’s Paradise‘ is out now via Arts & Crafts. Ladan Hussein’s most personal work yet, the album intimately explores her identity as a Somali-Canadian woman.
To celebrate the release of the album, Cold Specks has now shared the video for ‘Wild Card’, in which, as explained in an interview with The Fader,  she pays homage to Mogadischu’s music scene of the 1970s.
‘Fool’s Paradise’ encapsulates the naturalness of existing during difficult times. Hussein recently learned about her family’s former life in Somalia. During the writing process, she dug deep into grainy VHS recordings found online of Somali musicians, songs and videos that had survived war. “My parents never talked much about life in Mogadishu growing up,” Hussein explains, “the war split up my family, scattered them around the world, left many missing, and those that made it were forever changed.” Sailing her way to shore after grueling trial, error, and musical acclaim – ‘Fool’s Paradise’ is the sound of finding home, identity, and self-love.
In 2015, Hussein followed her critically acclaimed debut LP, ‘I Predict A Graceful Expulsion’, with the release of ‘Neuroplasticity’, both of which were nominated for the Polaris Music Prize with the former also earning a JUNO Award nomination for Breakthrough Artist Of The Year. Between albums, when Cold Specks wasn’t writing or touring, Hussein was pinballing between asks from an enviable roll call of collaborators. She was asked to work on Moby’s album ‘Innocents’ and was invited to play with Joni Mitchell at the singer’s 70th birthday alongside the likes of Herbie Hancock. She contributed to Ambrose Akinmusire’s 2014 record for Blue Note and Swans’ 2014 album ‘To Be Kind’. These last two partnerships left a significant impression on ‘Neuroplasticity’ resulting in the indomitable Swans founder Michael Gira and Akinmusire to both appear on the album. Most recently, she has worked with Massive Attack on the track ‘Dead Editors’ featuring Roots Manuva from their 2016 Ritual Spirit EP.
Cold Specks is set to launch the FOOL’S PARADISE WORLD TOUR 2017 in the UK at the end of September:
30 September 17 – The Cluny – Newcastle, UK
01 October 17 – Lending Room – Leeds, UK
02 October 17 – King Tut’s – Glasgow, UK
03 October 17 – Night & Day – Manchester, UK
04 October 17 – Cube – Bristol, UK
05 October 17 – Omeara – London, UK
www.coldspecks.com