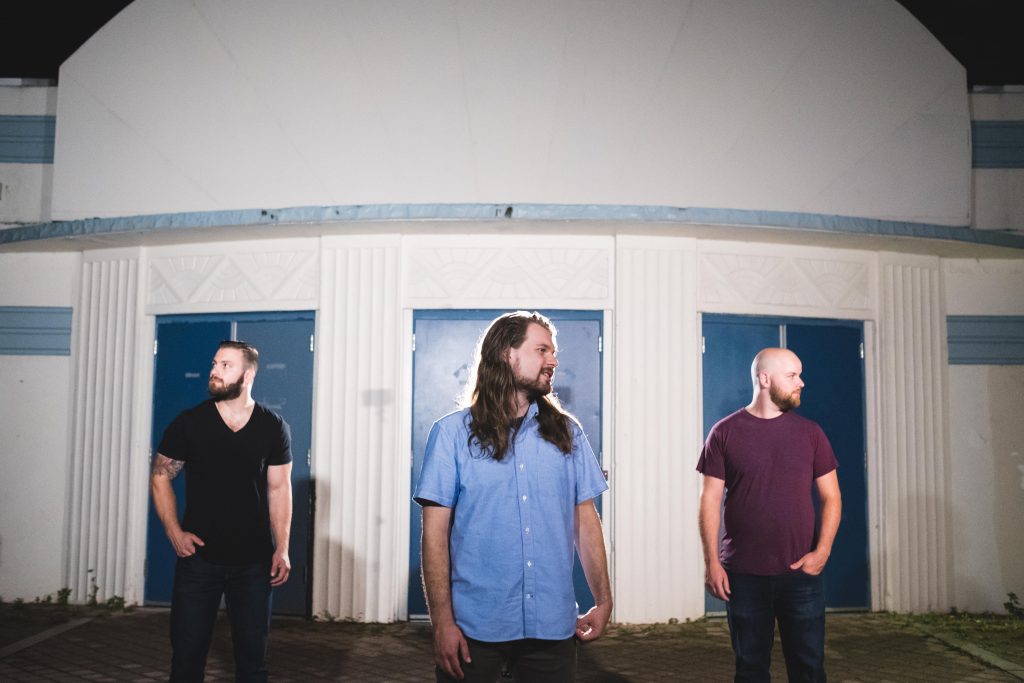 Boston, Massachusetts’ most tuneful indie punks, Born Without Bones, have teamed with Substream Magazine to premiere their new music video for “Muscle.” The track is one of the many highlights from the band’s recently released full length, Young At The Bend, out now on Devil You Know Records.

Substream called the band “indie rock’s best kept secret” and praised their skill at weaving contrasting influences into their own massively catchy tunes, saying Born Without Bones “feels fresh while taking influence from the high-flying pop-rock of the mid-to-late 90’s…Bouncy riffs and huge choruses crash around raw and unpolished vocals to create something beautiful.”

Listen to Young At The Bend via Spotify:
https://open.spotify.com/album/2SrzXxcN5OaOsGN90Dd2mW

Fuelled by intense life upheavals, especially the passing of vocalist/guitarist Scott Ayotte’s grandmother, Young At The Bend is a lyrically dense and dark record, but not completely without light. The record’s tracks form a sort of accidental concept album, exploring the pain of grief and the confusion of aging, as well as the solace found in a renewed sense of direction. Young At The Bend was forged in a tumultuous past, but for Born Without Bones it represents a very bright future.

Born Without Bones will be on the road in the U.S. this fall with Super American, see full itinerary below

Biography:
Leaving your youth behind is a period of inevitable changes and challenges. It’s a volatile time that’s bound to have a significant effect on any creative endeavors, and for many bands, it’s the beginning of the end. For Massachusetts trio Born Without Bones, it’s a chance to become the band they’ve always wanted to be. On their third full length, Young At The Bend, Born Without Bones has managed to harness tension, loss, and uncertainty to make an album that nods to their past while redefining their future.
Born Without Bones has always been a band that didn’t quite fit in. While rooted in the Massachusetts DIY punk scene, they’ve always pulled from a wide range of influences and Young At The Bend sees the band confidently following their own path. Traces of the big guitars and even bigger hooks of ‘90s alternative mix with the storytelling and subdued tones of heartland singer/songwriters, forming a sound that is distinctly their own. Born Without Bones’ emphasis on crafting pop hooks sets them apart from most of their punk scene peers, and Young At The Bend takes this focus to a new level without shying away from a dose of experimentation or a burst of aggression. The result is an album as diverse as it is powerful.

Young At The Bend represents a substantial step forward musically for Born Without Bones, but vocalist/guitarist Scott Ayotte found himself in new lyrical territory on the record as well. Loss and darkness have often appeared in his lyrics, but the passing of his grandmother shortly before recording had a deep impact on the album. Losing such an important figure left Ayotte reevaluating his life, including his approach to the band. The reverberations permeate Young At The Bend, as Ayotte’s evocative lyrics work to process grief amongst the sense of the existential confusion that comes with adulthood.

Bands inevitably grow and change as their members do; the only question is how these changes will impact the art. Young At The Bend proves that Born Without Bones has not simply rolled with the punches, but instead taken the risk of embracing their newfound evolution to create their most compelling work to date.