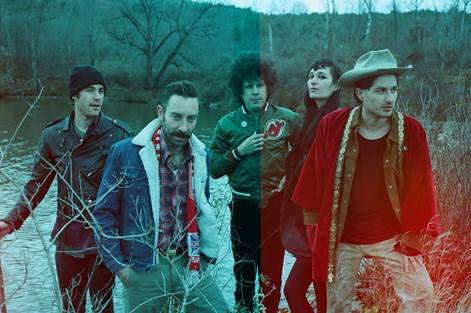 FUTURE OF THE LEFT

Black Lips have announced their supports for their huge Coronet theatre takeover on Fri 24th November. Where for the first time ever a 360 degree stage will be built in the middle of this iconic venue.

The Atlanta rockers will be joined by alt rockers Future of the Left, the new Fat White Family / Childhood / Paranoid London supergroup Warmduscher and Trashmouth Records latest signing, and the most exciting guitar group in the world right now, Madonnatron.

And if that’s not enough, Bo Ningen and PINS will be spinning records too.

It’s a lineup that will shake the very foundations of the Old theatre in Elephant & Castle.

As with all Fluffer Pit Parties expect a few surprises on the night too.

All tickets are strictly limited at: