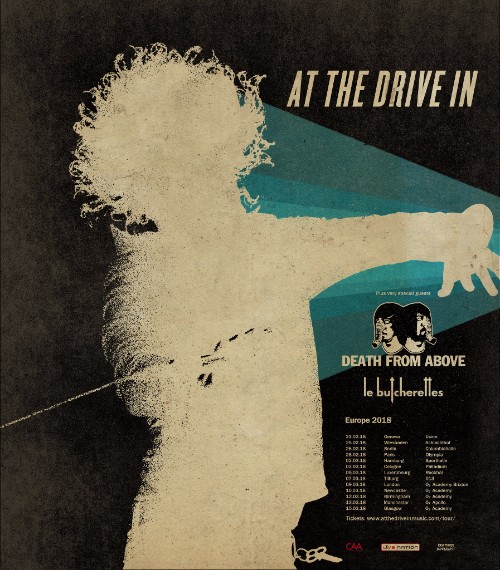 At The Drive In have announced their first UK headline tour following the release of their critically acclaimed comeback album, in • ter a • li •a in May this year. Tickets will be available from Friday, September 22nd at 9am (GMT) from  www.atthedriveinmusic.com/tour.Support comes from noise-rock duo, Death From Above and Le Butcherettes, the Mexican garage band who will also join At The Drive In for shows in Australia.

At The Drive In also released a limited run of skateboard decks with Pocket Pistols Skateboards this week. The Chuco Town Airlines limited run of 100 decks (dimensions 10” x 29.75”) are now available online at https://www.atthedriveinofficialmerch.com/products/airline-skate-deck

At The Drive In’s new album, in • ter a • li •a is out now on Rise Records. Available now from your local record shop or on iTunes and Spotify.

Find At The Drive In online at:
atthedriveinmusic.com