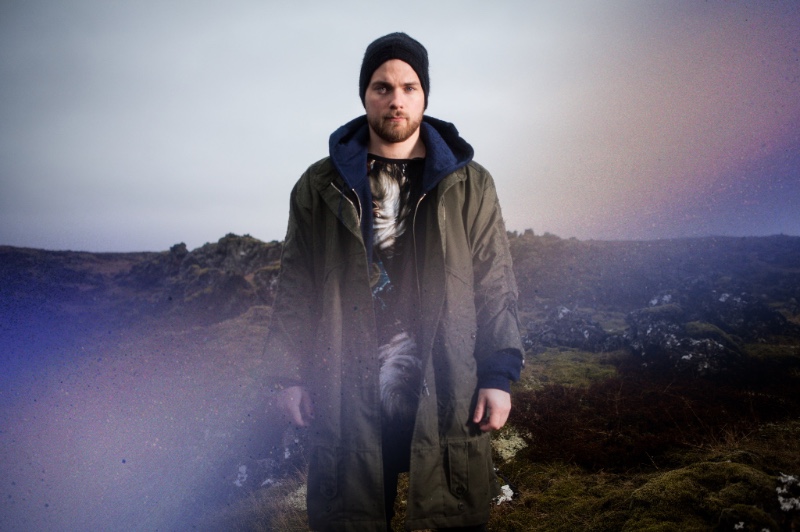 “The eerie Underneath It, the gently throbbing I Know You Know and the glitch Unbound will appeal to fans of Bon Iver and James Blake”
The Sunday Times

“Afterglow is an absolute treat for the ears, with chattering electronic melodies, glitchy stop-start sections, and warm synth swells.”
Metro

“There’s a tight-knit intimacy and soulfulness to the album that feels familial and warm, even as the music itself carries a glacial chill. There’s nothing conventional or expected about Afterglow, an album that submerges all ego and blissfully loses itself in oceanic imagery and crystalline soundscapes. At the same time, the songs are instantly familiar, like old friends, departed loves, or bittersweet remembrances.”
NPR

“Wonderful moments such as the chaotic creativity of “Here Comes The Wave In”, the bold ballad “New Day” and the elegiac “Hold”
Uncut

“An exciting example of what’s to come, the Icelandic superstar is set to go global.” Wonderland

celandic singer-songwriter and multi-instrumentalist Ásgeir has shared his music video for “I Know You Know,” taken from his fantastic new album Afterglow.

Shot near Ásgeir’s hometown in the north of Iceland, directors Baldvin Albertsson and Arnar Helgi Hlynsson explain the inspiration behind the video: Basically our pitch was inspired by Ásgeir’s recent “slow-tv” that aired in Iceland, so we took the idea a step further and made a “slow-music video” about Ásgeir simply having a nice day working in the field. But, as usually happens in creative projects we started getting ideas as we went and together came up with the ending that we thought was really nice.”

Ásgeir is currently on tour throughout North America, see below for dates including a stop at Austin City Limits Music Festival.

Ásgeir’s sophomore album Afterglow leaves behind the folk-tinged acoustics of the singer’s debut album, In The Silence, and dives into melancholic electronica in its purest form. Ásgeir balances icy electronic shades of Bon Iver, James Blake and Anohni with soul, R&B, and gospel influences on these new songs.