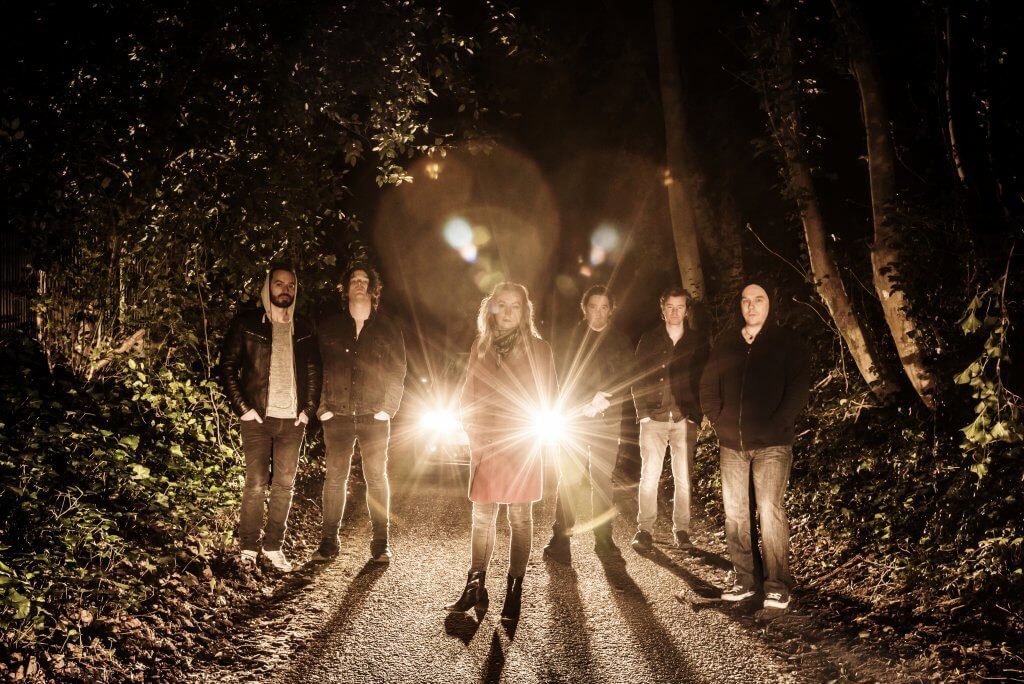 The song, written by John Douglas further explores the journey of the character of The Optimist in “Can’t Let Go” first introduced through their album A Fine Day To Exit. Daniel explains “The optimist is always held back from reaching a full potential by the weight of the past, a weight that lies heavy on the heart and upon the mind. Unable to cut the strings, the optimist flounders unless the past can be released and a new person is born. This is not an easy thing to do, even for the optimist inside all of us. Not an easy thing to do at all”

Vincent Cavanagh, who has worked closely with US based director Omeed Izadyar on the video imagery for The Optimist explains how the clip expands our protagonist’s story “This video is a scene in The Optimist’s story; his vain attempt to outrun his imminent collapse, haunted by the ghosts of his past. It was shot as an immersive experience in 360 degrees by our friend Omeed Izadyar. The location follows the story northwards from 32.63n 117.14w through Los Angeles, San Francisco and into Oregon.”

Having garnered praise from the worldwide media & fans alike, Anathema’s eleventh full-length The Optimist, was, last Thursday recognised at the Progressive Music Awards, where it received the prestigious Best Album Award. On winning this coveted accolade Daniel Cavanagh states “This was the one we wanted. Voted by the readers. I can tell by the reaction of the rest of the band that this meant a lot. The album was difficult to make and we put everything into it. So, it feels so nice to be recognised in this way. Many thanks to all!

Anathema, led by brothers Daniel and Vincent Cavanagh, along with drummer John Douglas, singer Lee Douglas, bassist Jamie Cavanagh and drummer/keyboardist Daniel Cardoso recorded The Optimist in the winter of 2016 at Castle Of Doom studios in Glasgow with producer Tony Doogan [Mogwai, Belle & Sebastian, Super Furry Animals] at the helm and was mastered at the legendary Abbey Road Studios.

Having started already taken their headline tour, in support of The Optimist to Russia, Latin America & North America, the band begin their UK & European dates in Glasgow on Friday 22nd September – for full routing see the tour poster or the band’s facebook. The band will be joined on these dates by French blackgaze pioneers Alcest ( www.facebook.com/alcest.official ).

Purchase details for the remaining tickets can be found here: www.facebook.com/anathemamusic.

Anathema will then head over to Australia in December and will be announcing further lives dates for 2018 shortly.

With main support from Alcest – unless stated otherwise