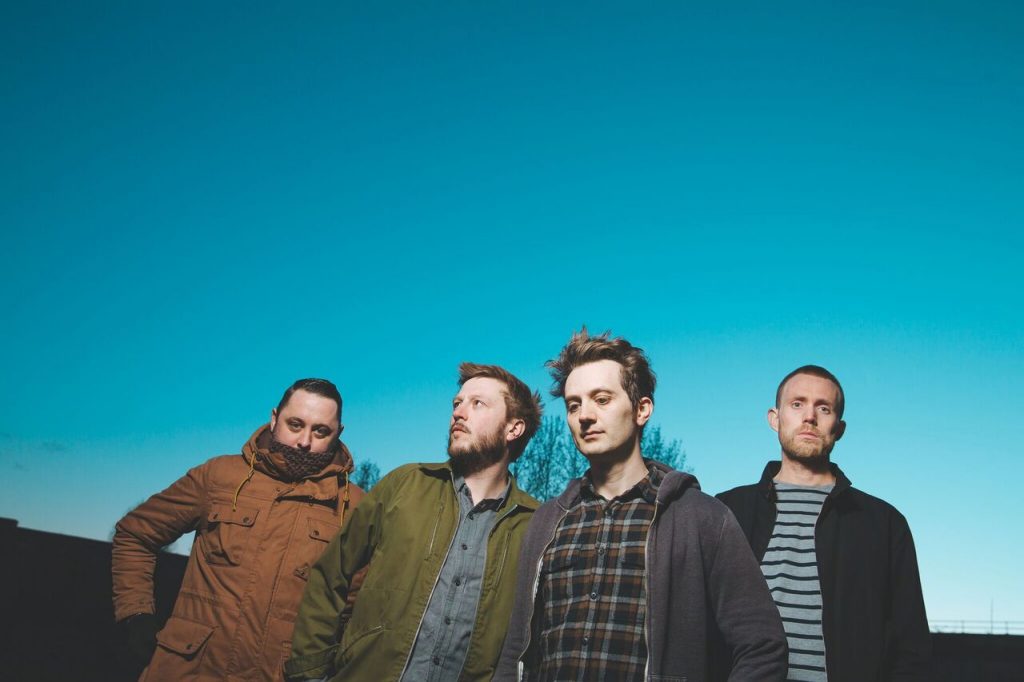 Sheffield’s 65daysofstatic show no signs of slowing down. They have spent fifteen years establishing themselves globally as a relentless touring band. They have made seven studio albums. They have soundtracked contemporary dance, scored films and created site-specific A/V installations. In 2016 they released the critically acclaimed soundtrack to the video game ‘No Man’s Sky’: an ‘infinitely long’, dynamic, generative score that responded to the player’s actions. Then they toured a live version of it around the world.
Decomposition Theory or How I Learned to Stop Worrying and Demand the Future is a major new work from 65daysofstatic that will premiere at Algomech Festival in Sheffield. There will be three performances 9th – 10th November, 2017. Each one different.
Decomposition Theory sees 65daysofstatic exploring new ways of harnessing algorithmic music techniques in the context of a live band performance. It focuses on custom-made procedural audio processes, generative music programs, and live-coded noise. By composing processes rather than finished songs, 65 can ‘decompose’ them again onstage. Processes can be combined, rewritten, manipulated or ignored. Each performance will be a unique curation of algorithms, coded by 65 to generate live music for them.
Imagine that 65daysofstatic deconstructed themselves as dozens of tiny A.Is. Decomposition Theory is a live collaboration between the humans and their code-based counterparts. It is 65daysofstatic becoming cyborg, demanding a future where we control the algorithms, and not the other way round.
Links: http://decompositiontheory.info • http://www.65daysofstatic.com
Twitter: @65dos
About Algomech Festival
AlgoMech is a festival in Sheffield UK, featuring concerts, workshops, exhibitions, a day symposium and a full-on algorithmic rave. The festival exclusively showcases artists who work with algorithms and/or mechanisms, and who expose the inner workings of these systems to their audiences in different ways. As well as 65dos’s headline shows, this year’s festival will feature artists working with hacked accordions and gramophones, kinetic art, sonic machines, e-textiles, drum robots, and live code.
Link: http://www.algomech.com