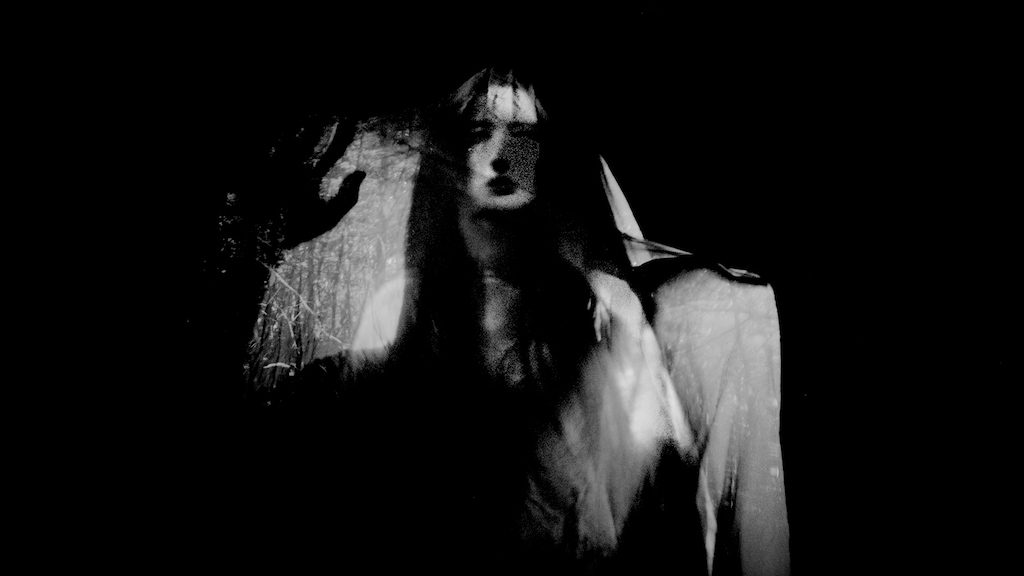 Zola Jesus is sharing a new video for her recent single “Exhumed” taken from her upcoming album ‘Okovi‘, which is due Sept 8th via Sacred Bones. As well as this, Zola Jesus is excited to announce that Sacred Bones will release a ‘Stridulum’ LP on Sept 8th, which collects the previously released ‘Stridulum‘ and ‘Valusia‘ EPs together as one volume.

“Exhumed was personally conceived of and created whilst processing death – of family members and of relationships – and much like Okovi’s core themes, it is a reflection on loss, heritage, and the often painful personal growth we must harness in the face of life’s constant evolution. Shot intimately in one day, in the exhausting heat within the woods surrounding Nika’s Wisconsin home, we sought to capture personal apocalypse, utilizing experimental shooting techniques to further our emotional goals. Practically and metaphorically, we fought to find the light in the darkest of forests.”

For over a decade, Nika Roza Danilova has been recording music as Zola Jesus. With ‘Okovi’, the Wisconsin-based artist has crafted a profound meditation on loss and reconciliation that stands tall alongside the major works of its genre. The album speaks of tragedy with great wisdom and clarity. Its songs plumb dark depths, but they reflect light as well. ‘Okovi’ will be released September 8, 2017 via Sacred Bones.

Also out on September 8 will be the newly announced ‘Stridulum’ LP, which collects two previously released Zola Jesus EPs, ‘Stridulum‘ & ‘Valusia’ as one record, having both been originally put out in 2010.

In the words of Nika:

“Seven years ago, it was winter break at university in Madison, Wisconsin. There was a snowstorm that covered the city with a still white haze. Not a single person in the streets. I was sitting on my bed with a cheap keyboard and a computer, screaming into the void.

I barely remember writing the songs. It was a chaotic point in my life. I had no time to think about process or intent. It was a purge. I do remember taking a break from recording, bundling up, and walking through the barren streets while listening to the demos I’d made. The world, at once, felt clear.

After writing and producing what would become the Stridulum EP, I contacted a new friend, Alex DeGroot, to come over and record my vocals. He was studying audio engineering and had more knowledge and gear than I could dream of. He helped mix Stridulum, too, because all I had was a pair of headphones. (Since then, Alex has stuck by me, as a live bandmate, technical director, co-producer, mixer, and engineer.)

These songs were a huge leap of faith back then. It was my first time singing without layers of distortion, echo, and reverb. It was the first time I peeled back the layers to find out what was at the core. I’m still on that path today, seeing how far I can push myself into unknown places, whether through clarification or destruction. It’s like Stridulum’s still here with me, underneath it all.

Still, it’s surreal to think that this record, made by a 19-year-old girl sitting on a bed in a freezing old house in Madison, would make its way into strangers’ ears seven years later.”