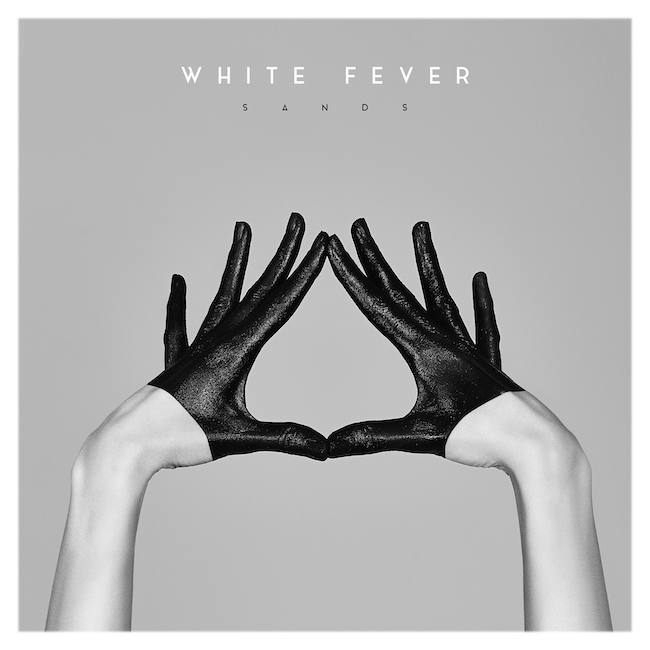 WHITE FEVER
WATCH VIDEO FOR FIRST SINGLE ‘SANDS’
‘CONCRETE EP’ OUT ON 29 SEPTEMBER 2017
London dark indie-pop band White Fever have announced the release of their new EP ‘Concrete’ on 29th September.
The EP is a collection of stories about love: the tragic love story of a brother and a sister, nostalgia, loss, abandonment and the uncertainty of how to love oneself.
The first track to be taken off the EP is ‘Sands’. Inspired by the legend of Pasqual Penon (the man with two heads), the song is about a girl trapped in her brother’s head. It’s about aching hearts and it showcases White Fever’s distinct blend of cinematic noir and dream pop.
White Fever have now shared the wonderfully cinematic video for ‘Sands’. The band diercted and filmed the video themselves: “There’s a few themes running through the video, one being that the shoot locations represent sand turning to concrete and eventually ending up as sand again. The video also follows the songs’s brooding crescendo culminating in an ambiguous conclusion, inviting the viewer to complete the narrative themselves”.
WATCH ‘SANDS’ VIDEO: https://youtu.be/iO4RfphMpso
LISTEN TO ‘SANDS’ ON SOUNDCLOUD AND SPOTIFY
White Fever’s passion for by-gone musical eras and cinema gets re-invented with a contemporary twist and sprinkled with elements of post punk. Coupled with singer Ida Jacobsson-Wells’ haunting vocals, their music brings to mind the likes of Daughter, Cocteau Twins and Beach House.
White Fever are: Ida Jacobsson-Wells (vocals/guitar), Seán O’Reilly (guitar), Joe Donaldson (bass/backing vocals) and Josh Williams (drums).
www.whitefever.co.uk