Individually, these 4 musicians have spent the past decades pushing sonic boundaries to their limits; collectively playing in a number of seminal groups with a musical influence that needs no explaining.

With the formation of UUUU, the quartet continue their fierce and free exploration of sound, creating a musical landscape as liberating as it is frightening, resulting in a record that is richly rewarding. United, these artists present a project of exquisite curiosity and confident chaos where the individual thumbprints mesh into a gloriously frenetic world of noise.

Tracks such as “Its Going All Over The Floor” offer themselves as a terse meeting between dance, ambient, abstraction and improvisation. Others, such as “The Latent Black Path Of Summons Served” proceeds in a tense energy field where random elements bounce around until locking into a dense mass of ecstatic electronics.

UUUU’s debut release is a schizophrenic masterpiece that is equally soothing as it is seething, a past/present hybrid equally suited for the club, the home and the mind. 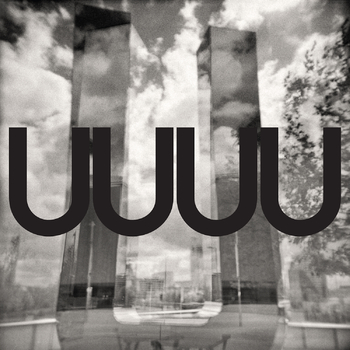