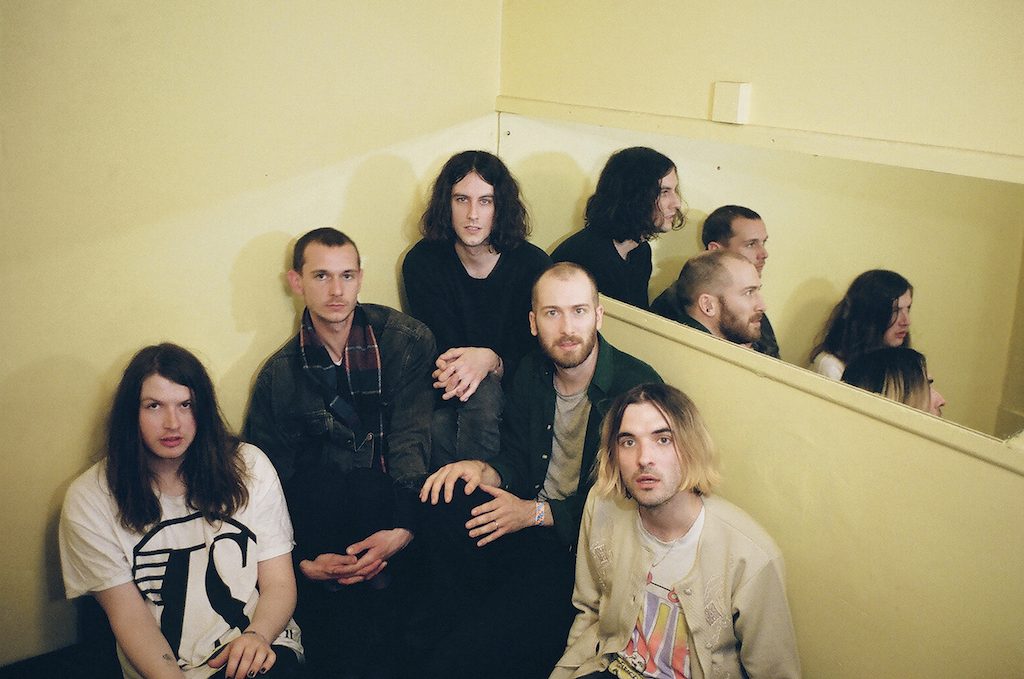 – UK tour in October & Ride support tour in November
– Album ‘Modern English Decoration’ out now via Tough Love Records
“Ulrika Spacek have fast assumed a place in British psych’s new vanguard” – Uncut
“An album that consistently hits its target in a magnetic, mesmerising way” – The Quietus
“The band wrings a new beauty out of classic ‘90s American indie Rock” – Stereogum
“A window into Ulrika Spacek’s world; an introspective house of absorbing alienation” – Loud and Quiet
“The London quintet have crafted an excellent sound crossing dream-pop and krautrock” – Drowned in Sound
“Riffs are layered to haunting effect” – The Sunday Times
“MOJO’s unofficial theme song” – MOJO on “Full of Men”
“The results are terrific” – The Irish Times

Having released their second album earlier this year, London-based five-piece Ulrika Spacek have shared their cover of Parsley Sound’s “Ease Yourself and Glide”, which was originally only available as a secret track on the limited edition of their recent LP.

Ulrika Spacek are set to tour the UK this October, which will be followed by a Ride support tour this November. As well as this the band will perform various European shows this summer including festival slots and headline performances.

‘Modern English Decoration‘ is out now via Tough Love Records.