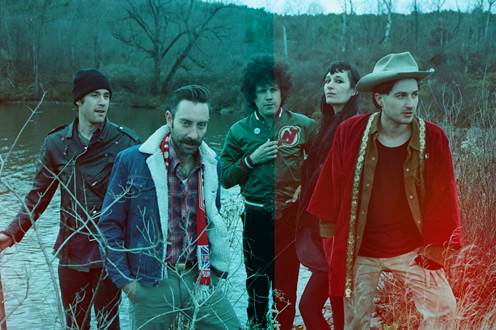 Last year Fluffer Records hosted the mighty Black Lips at one of their famous Pit Parties. It was called the gig of the year by all in attendance and made such an impact on the group that this year they’re set to return to do it again. This time they’re bringing their 360º stage to the iconic Old Coronet Theater in Elephant & Castle. Supports will be announced imminently.

Pit Party founder & Fluffer Records boss Al Brown says, “If you think last year’s Black Lips Party was off the hook wait till November. For the first time ever we’ll be building an in the round stage at the Coronet theatre in London. The Black Lips are inviting all their friends along. Party of the year? Think f**king century.”

This year’s Pit Parties have already seen headline sets from JAWS and PINS, with Spring King, Deap Vally and Japandroids all set to headline separate events in the coming months.

With the hottest new talent on the undercards, DJ’s, food stalls and infamous Fluffer chaos, there’ll be plenty of tasty goodness on the bone. And as always the pits will be powered by the mighty Orange Amps, Pistonhead beer and DIY Magazine.

All tickets are strictly limited so go direct to this link: http://bit.ly/2u6OOJU