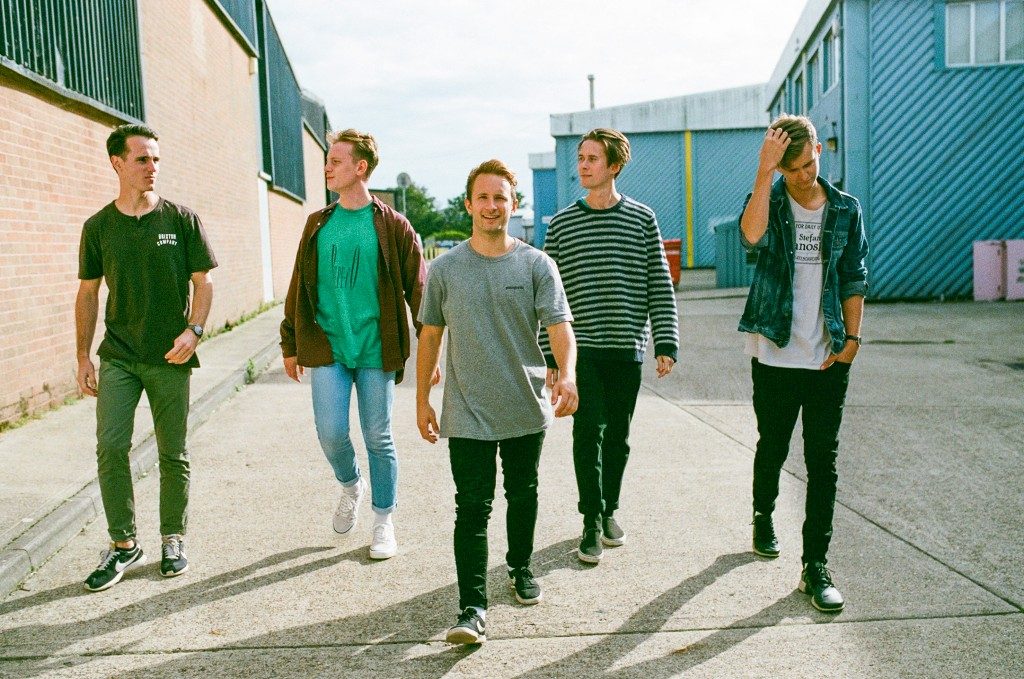 ROAM have announced their second album ‘Great Heights & Nosedives’, which will be released via Hopeless Records on 13th October, 2017. The record is the follow up to 2016’s debut ‘Backbone’ and was produced by Kyle Black (State Champs, New Found Glory, Comeback Kid) in Los Angeles, California.

The first single from the record is the hook-heavy, soon-to-be-singalong-favourite ‘Playing Fiction,’ which has been revealed alongside a video that marries modern day life with some classic fairy tales. Alex Adam (Guitar / Vocals) explains the thinking behind the track – “Playing Fiction is really a song about pretending, and the realisation that things aren’t always how they seem. Maybe you’re pretending you’re ok, saying nothing’s wrong when it actually is, or, as is the case in Playing Fiction, you’re pretending a relationship hasn’t run its course when it has.

The video for the song centres around myself and Costello walking through a town with strange scenes appearing as the day progresses. It all builds towards our realisation that we’re stuck in a fairytale daydream, and we end up being a part of the fantastical world. It was a lot of fun to shoot with all our friends and some cheeky special extras in various costumes. We’ll let you guess as to their identities…”

ROAM’s journey since their first album’s release has seen them play shows as far flung as Japan (with The Wonder Years and With Confidence) and the USA (with As It Is this summer and as a part of Vans Warped Tour last summer). They’ve supported the likes of State Champs, Against The Current, Sum 41 and Simple Plan in the UK and Europe and have played storming sets at festivals such as Reading & Leeds, 2000trees and Slam Dunk.

They’ll be taking their effervescent pop punk stylings on the road in September and October as support to childhood heroes New Found Glory on a mammoth 15-date UK tour.

Swamp Dogg shares video for single “Billy” from ‘Sorry You Couldn’t Make It’ out tomorrow!