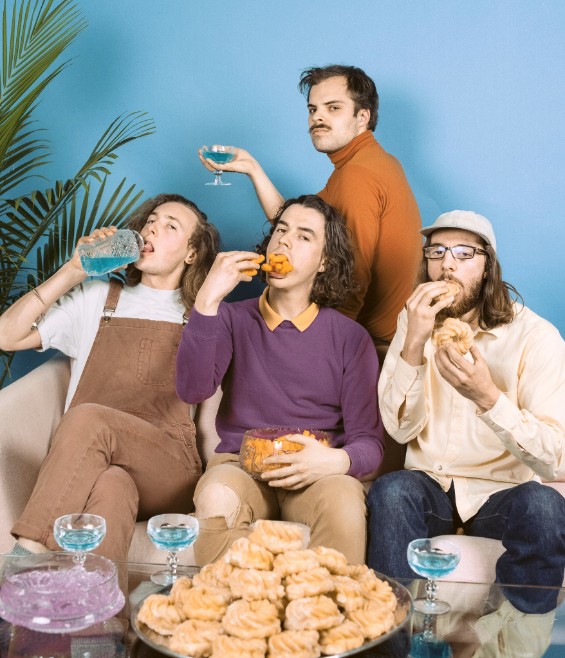 Vancouver indie pop artists Peach Pit have just released their new music video for “Seventeen” via Noisey. “Seventeen” comes off of the band’s 2016 self-released debut EP Sweet FA. The video comes in advance of the band’s US West Coast tour this August. A full list of dates can be found below. Peach Pit’s debut full length Being So Normal is set to be released September 15th on Kingfisher Bluez. Details on the release to come. A quote from singer Neil Smith on the song “Seventeen” can be found below.

“Seventeen was one of the first songs I wrote for Peach Pit, I wrote it 4 years ago, and at the time i’d been thinking a lot about when I was in high school and the dumb things I’d done and when i’d treated people shitty. I think like most people I tend to hold onto that sorta stuff for way too long, anyway the song’s all about those times when I was being a dink.”  – Neil Smith

Peach Pit was brought to life in 2016 with the release of their now coveted debut EP, “Sweet F.A” (F.A. meaning “fuck all”, after lead singer Neil Smith’s love for the lazy life). Originating in Vancouver, Canada, the group formed when high school pals, Smith and Chris Vanderkooy, decided to collaborate on a musical project. Peter Wilton and Mikey Pascuzzi joined them on bass and drums creating their “chewed bubblegum pop” sound.

The group melds teenage angst with bummer summer vibes that have them sounding somewhere between Mac Demarco and Homeshake.  With their laid back sound and lush lead vocals, their songs tell stories of backstabbing best friends and dying end of summer romances.The group quickly developed a dedicated local fan base through their energetic live shows. In February 2017, a YouTube channel sent their self-titled track, “Peach Pit” viral after discovering it on their Bandcamp. The group quickly started to amass an international following and booking requests to play worldwide.