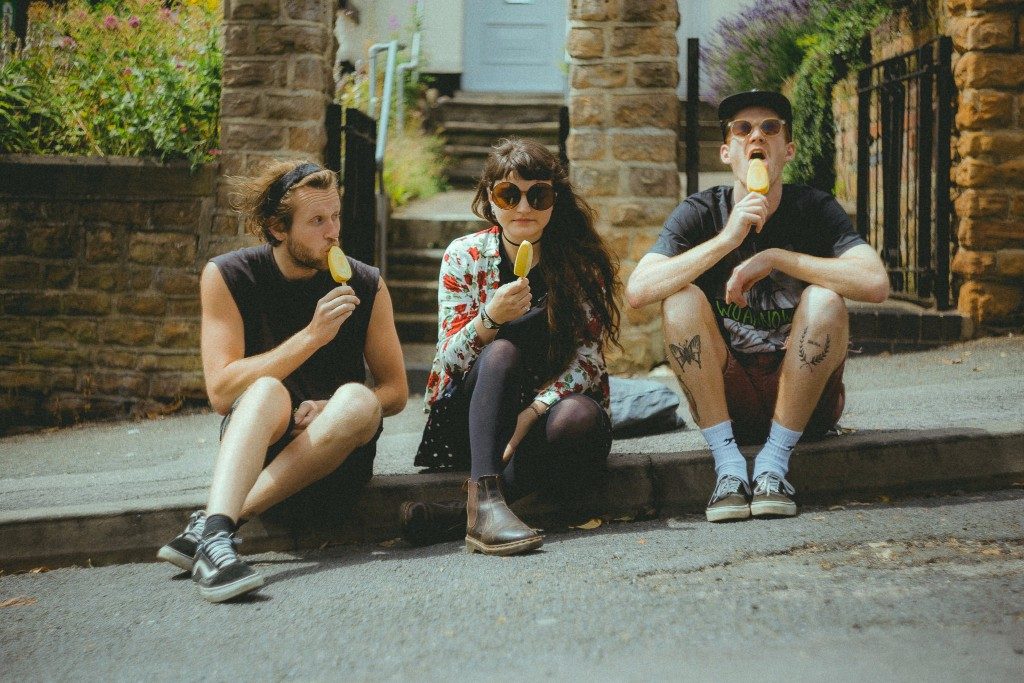 To cap off a summer that’s already seen Muncie Girls tour Australia, play Glastonbury Festival, 2000trees and more, the Exeter trio are gearing up to round off the season with performances at Reading & Leeds Festivals and Bingley Live. In addition to the final festivals of the summer, Muncie Girls will play five headline shows across the country, kicking off at the end of August.

It’s been an eventful year for the indie-punk band as they’ve also played at SXSW in the USA and supported the likes of Los Campesinos!, Taking Back Sunday, Frank Iero, The Wonder Years & Beach Slang. Most recently, Muncie Girls have been busy in the studio working on Album Two and they’ve been announced as a PRS Foundation Momentum Artist.

Muncie Girls’ debut album ‘From Caplan To Belsize’ was released in 2016 and reached the upper echelons of many an end of year highlights list, including the Top 20 in Kerrang! and Number 1 in Upset Magazine. They were nominated for a Kerrang! Award for Best British Newcomer, shortlisted for the Drowned In Sound Neptune Music Prize and have had their music played on the likes of BBC Radio 1, as well as appearing on German TV show Circus Halli Galli alongside Robbie Williams.