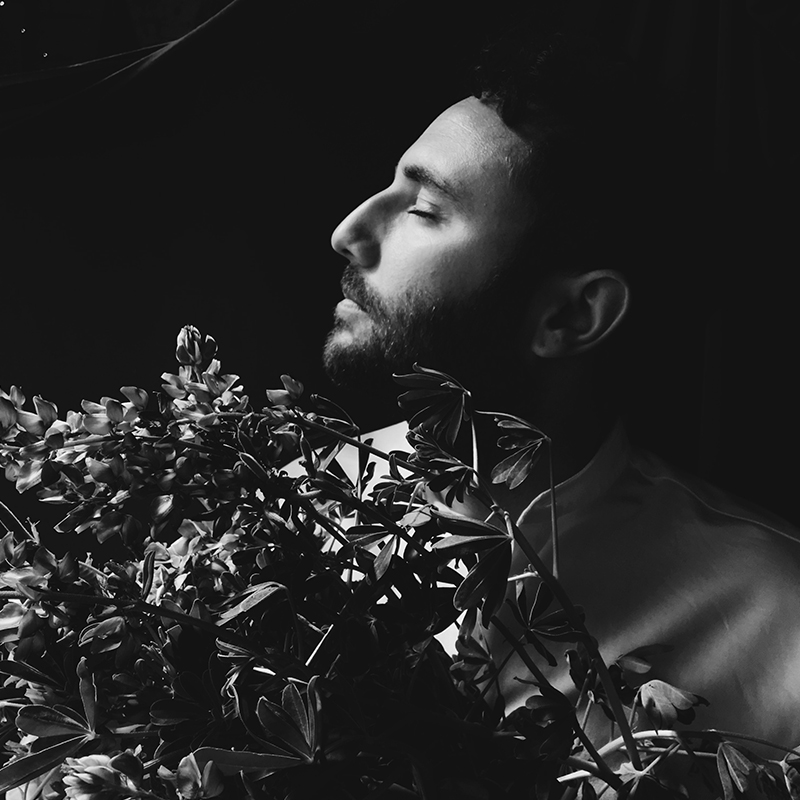 Local Natives’ songwriter, vocalist and pianist Kelcey Ayer unveils ‘Hawaiian License Plates.’, the third single taken from ‘Tasha Sits Close to the Piano’, his upcoming debut album as Jaws of Love., released today via K-Rizzla/House Arrest. The album will be released digitally on September 22nd with its gatefold coloured vinyl release available in the UK on 3rd November.

Following on the recently highly praised singles; the eponymous debut ‘Jaws of Love.’ – acclaimed by Noisey and Stereogum, with the I Paper calling it “a gorgeously constructed piece of piano soul”– and the Billboard-premiered ‘Love Me Like I’m Gone.’, which featured in Will Arnett’s Netflix series ‘Flaked’, the new cut was written by Kelcey while in Honolulu with his wife, was inspired by the shorter Hawaiian license plates he noticed while driving in the rain. The piano is a centerpiece on the upcoming album, named by Ayer’s wife about the couple’s dog Tasha and ‘Hawaiian License Plates.’ dips and soars over layers of sumptuous sounds.

Premiered on DIY, the new single sees up and coming electronic producer COMBAT! adding extra production to the up-tempo piano ballad, turning it into a three-dimensional layered dance-tinged pop song. Known for blending experimental electronics with floating guitar work in his album for Friends of Friends Records – COMBAT! added his touch to a few of the songs on the album. Kelcey describes the production process behind the song, “I had this Joy Division-inspired rhythm in mind but when I sat down to record it I had a really hard time keeping on the beat. I sped up the metronome to 8th notes and suddenly I could play it perfectly, it felt so good that I thought to use it in track. Usually I’d find some drum machine hi-hats to mimic it but we were acting fast and we just threw the actual metronome in there. We then ran it through a vintage analog spring reverb and started riding the depth a little throughout the song, which it gave it that perfect texture that ebbed and flowed to make it come alive.” Talking about working with COMBAT! he explained: “He thrown in some awesomely weird Arca-esque sounds – which you can hear creeping in throughout the second chorus.”

Recorded as Local Natives geared up to release their third album last summer, in the same LA studio, Electro-Vox, where the band had recorded ‘Sunlit Youth’, over a three-day burst he recorded a handful of his own songs with the help of engineer Michael Harris and mixer Cian Riordan. Without any intention of releasing the tracks initially, he returned to the studio later in the year, and – aided by the studio’s myriad synthesizers, antique equipment, preamps, and outboard gear, in addition to drums recorded by Local Natives’ drummer Matt Frazier – Ayer completed his captivating solo debut.

The talented singer-songwriter will play his debut solo headline show on 21st September at The Masonic Lodge, Hollywood Forever Cemetery in L.A before embarking in a West Coast tour in November. Kicking off in San Francisco at Café Du Nord on the 9th and ending at Barboza in Seattle on the 12th, the tour will see COMBAT! as opening act. With plans to take his compelling live set to the UK and Europe in Winter, Jaws of Love. new offering ‘Hawaiian License Plates.’ expansive production will cement his status as a bonafide singer-songwriter.