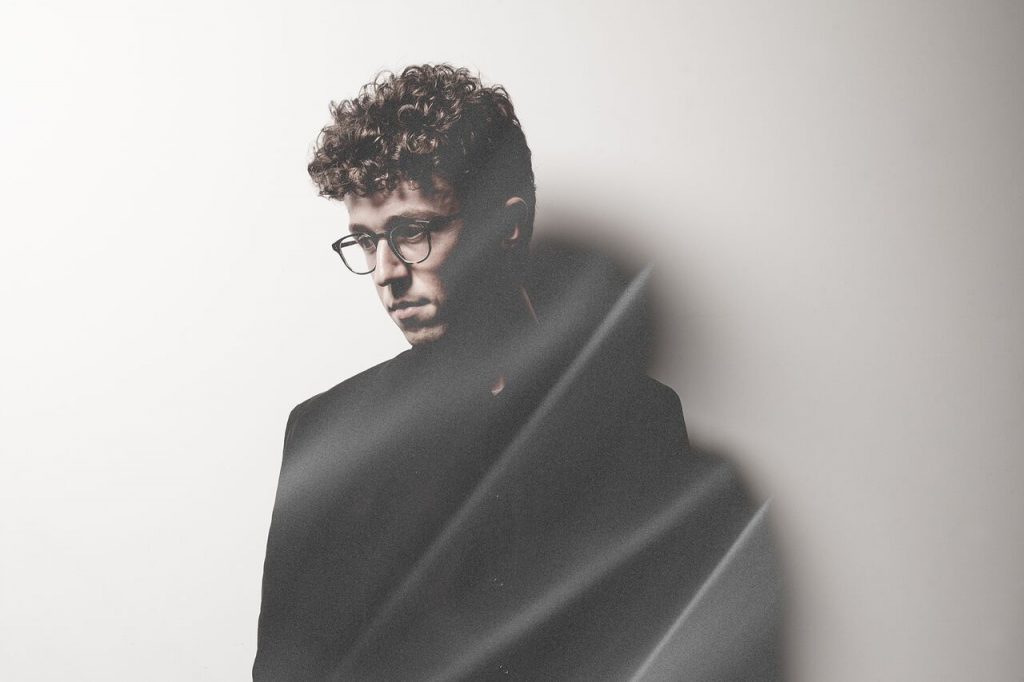 ‘Tåke’ is a brooding aural landscape, weaving textures and soaring rhythms with energy and restraint to draw upon the haunting sense of change in our time, and explore the space in which we find ourselves.
Guy Andrews is a London based musician known for creating dark, atmospheric music by combining an array of influences from post-rock, techno and electronica to create expansive cinematic masterpieces.  ‘
Tåke’ [Norwegian for “mist” or “fog”], released on 22nd September via Houndstooth, was inspired by his visit to Scandinavia last year.  A cancelled return flight from Norway due to fog left Guy with some time to explore his surroundings.
He comments, “I had some extra time to explore Bergen, the city where I was staying. I ended walking up a small mountain and at the top was greeted by a stunning view of Norway’s fjords – it was such a stark contrast to where I was living at the time that it inspired me to write music that reflects the reward you get from exploring new environments.”
Andrews adds, “I wrote ‘Feelings’ with the idea of working with singular elements such as violins and individual synths that would interact and weave in and out of each other, almost like anxious thoughts in someone’s mind. I wanted it to be emotive and in places slightly aggressive, allowing Alev space to let her vocals sit between the string layers and electronic textures.”
“Writing ‘It Cannot Surface’, it almost felt like the sounds were being submerged, briefly coming above water for air, then being sucked back down. The drums barely surface from the reverb they’re being drowned in – it was an exercise of restraint.”
Having scored for world-renowned photographer Nadav Kander, as well as collaborating with Massive Attack’s Robert Del Naja in the past, ‘Tåke’ sees Guy Andrews working with acclaimed musician Alev Lenz on the haunting and stunning track ‘The Clearing’ and the sinister and pulsating ‘Feelings’. Her music was recently featured in the final episode ‘Hated in The Nation’ of season 3 of Charlie Brooker’s Black Mirror.
“Fjell” is the first track to be shared from the album. Andrews states, “I was inspired to write Fjell by walking up a mountain in Wales called Cadair Idris. Each section in the song’s arrangement reflects the stages of challenge the mountain presents, and the sense of reward you get from reaching certain points.
This experience resonates closely to what inspired my new album, ‘Tåke’. It was a hike in Norway that gave me inspiration to write music that captures the sense of accomplishment you get from exploring new places and taking yourself out of your comfort zone. Each track is a mini documentary of thought processes and experiences inspired by my recent adventures.

Fjell is a track that moulds two key musical influences of mine together: post-rock and techno. I wanted to see if I could find a middle ground that retained enough familiarity between both genres. Getting the two genres to fuse together sonically was the most exciting part of writing this.” Listen here:

Campfires In Winter release video for ‘Picture of Health’