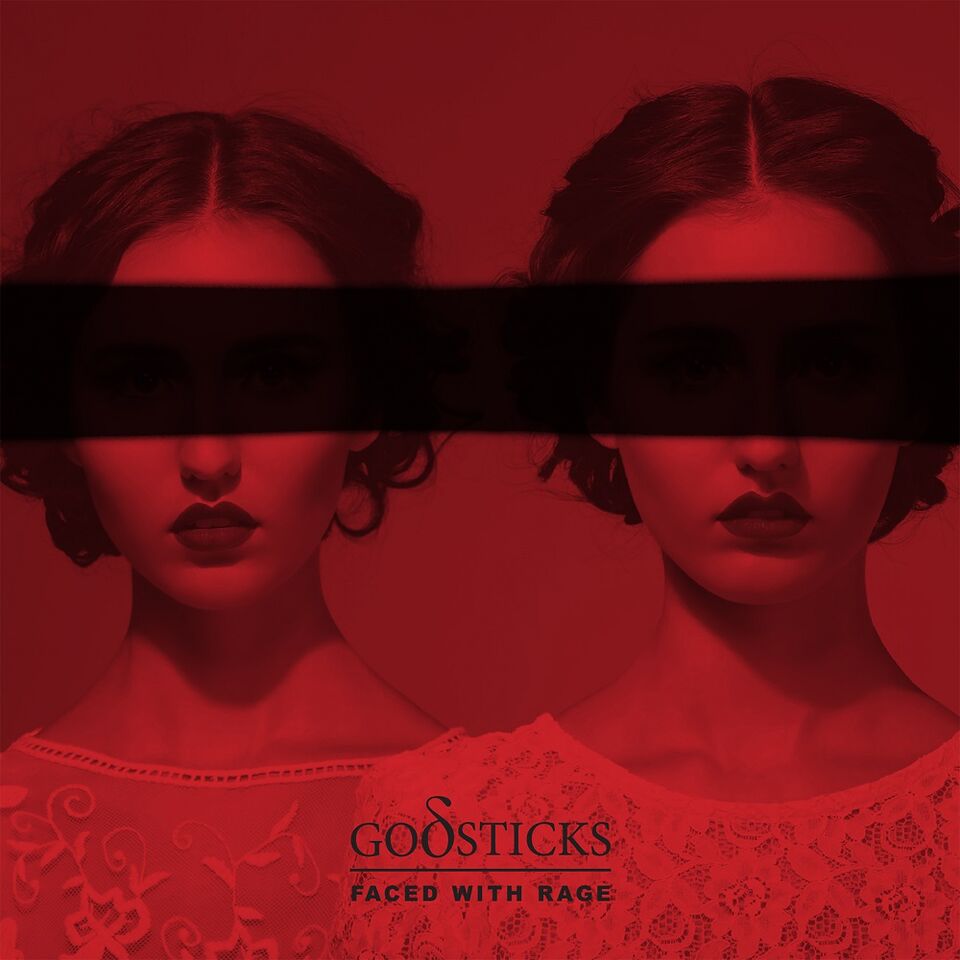 Fresh from their European tour with The Pineapple Thief at the start of 2017, Godsticks entered the studio to finish work on their new studio album –  Faced With Rage.

The Cardiff based 4 piece, having already been hailed by the UK’s Metal Hammer magazine as “one of the UK’s most idiosyncratic rock bands”, with their new album have delivered on their promise to be just as heavy as their self-released 2015 album Emergence but this time with a darker feel and more industrial sound.

‘’The aggressive feel and sound from Emergence remains intact but we think that we’ve probably created our most progressive album to date, albeit unintentionally!” says singer and guitarist Darran Charles. “We wanted our previous album Emergence to be an onslaught of aggressive heavy guitars and vocals from start to finish because we felt we needed to make a strong statement about the direction we were heading in musically” reminisces Charles, “but ‘Faced with Rage’ features a lot more light and shade, and I think we’ve been more creative when trying to shape the dark and aggressive feel we wanted”.

A variety of synth sounds have found their way into the longer song formats (brevity had been the Godsticks calling card up until this point) but as always guitar and Charles’ vocals are still at the forefront of the band’s sound.

Lyrically, Faced With Rage, explores the theme of people dealing with emotional conflict in different scenarios, and who have a powerful desire to change their behaviour or situation. It features for the first time a four-piece line up with new drummer Tom Price and guitarist Gavin Bushell who bring a more aggressive playing style to back up Darran Charles’ (who also performed on The Pineapple Thief’s 2016 hit album Your Wilderness and is part of their live touring band) unique vocal sound and Dan Nelson’s driving bass. Drums and vocals were recorded at the world-renowned Monnow Valley Studio in Wales (Led Zeppelin, Black Sabbath, Feeder, Rush and Manic Street Preachers) and the album was produced by James Loughrey (Skindred, Manic Street Preachers, Def Leppard).

Fans can listen to a taster of Faced With Rage, this clip features the tracks “Guilt”, “Hard To Face”, “We Are Leaving”, “Avenge” and “Fame & Silence”

Faced With Rage will be released on CD / LP and digitally (with digital pre-orders receiving the song “Guilt” as an instant download) PRE-ORDER here now: http://found.ee/FACED_WITH_RAGE

Godsticks will return to the European live circuit in September as they head out with The Pineapple Thief on part two of their Your Wilderness tour:

Godsticks will also be performing at two festivals in the UK in November and December:

For all ticket details: https://www.facebook.com/godsticks