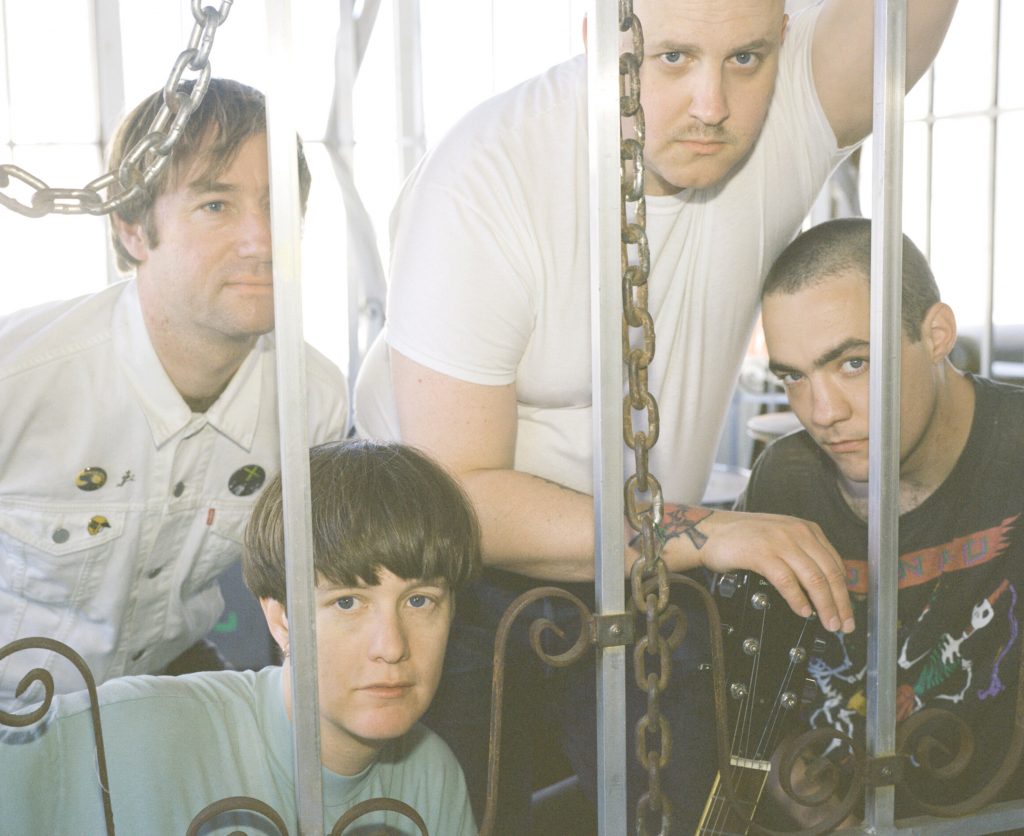 Announce new album, Into The Shroud
Due 8th September on Dark Entries Records

Flesh World’s new video “Into The Shroud” debuted via FADER. “Into the Shroud” was shot just a few minutes walk from the Pacific Ocean in SF.  Flesh World explain the video is an “attempt to transform the rush of a motorcycle ride into a suspended, loitering spiral of skulking boys on a Honda bike. This, combined with the overlay of painted images by singer Jess Scott both figuratively and literally reflect the song’s tale of traveling through the imminent hum of an anxious experience, onwards to a quickly approaching spiral, finally lurching past love and towards dread.”

Flesh World return this Autumn with a new batch of hooking dream punk gems. ‘Into The Shroud’, the first for Dark Entries Records, is out September 8.

Each song on ‘Into The Shroud’ speaks to a chaotic or sometimes eclectic period of influence of different books, ideas, drawings, saints, stories, and aims gathered in the two year writing process since the previous album (‘The Wild Animals In My Life’). Themes of this record include writer, advice columnist, and Dreamland actress Cookie Mueller, the youth’s effect on the general political psychosis of nostalgia, icon Billy Fury, and the writings and drawings of Jean Cocteau as a hovering guide for living with less rules.

The record is a topological map showing the cities of the Bay Area and Los Angeles in rapid change, looking to the books, records and artists paid study to in order to create continuity in the constant flux of the city, the punk show, the gay world, and the rest of the environments Flesh World insulate themselves in for survival.

The group’s dynamic has greatly solidified on this album with a brilliant new rhythm section. Flesh World find it easy to be influenced by a range of musicians from the guitar flourishes of Alan Rankine of the Associates, the swinging notes Johnny Marr of the Smiths, to the romantically desperate vibe of Roland S. Howard and Nikki Sudden, to the razor thin vocals of Jenny Ross from Section 25, the androgynous vocals of Roy Orbison, to the structured synths of OMD.

‘Into the Shroud’ was recorded with Jack Shirley at The Atomic Garden in East Palo Alto, California. There always seem to be incidental forces at work in gathering characters for a Flesh World record: during the previous LP, Scott had just finished reading The Secret Historian which profiles gay lifestyle photographer and pornographer J. Brian, and when the group found the LP cover photo at a garage sale they realized it was also taken by J. Brian. This time around Cookie Mueller seems to be watching over the process; Scott recently saw two art shows in one day in New York; one that was imagined merchandise that would have been produced if John Waters films were marketed to children and the other about AIDS, the common thread was Cookie, whom Jess wrote about in “This Great Cheap Face” on the current record. 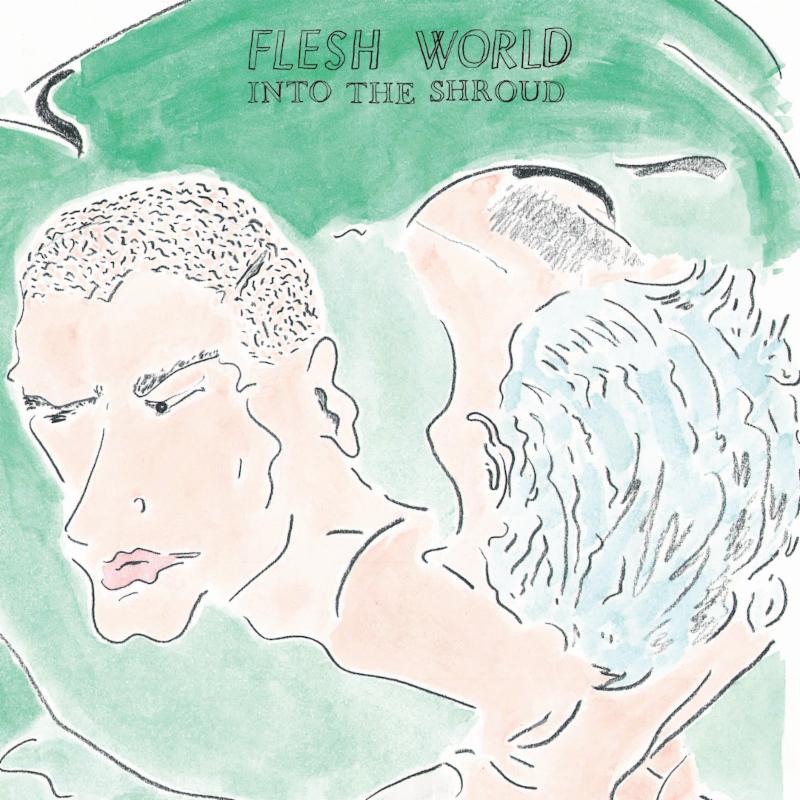