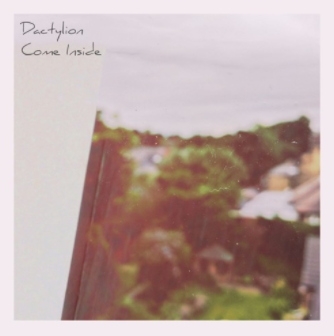 Dactylion are a band who are moving fast. Forming in late 2016 they played their first gig together in January 2017 and have since recorded their first EP at Derby’s Dubrek Studio.

Bonding over a mutual love of music, they are prolific songwriters with painstaking ear for detail, unafraid to push themselves. So Easy is the first track to be taken from the EP and introduces the band perfectly.

With influences including Hop Along, Slowdive, and Sonic Youth clear the sound is nevertheless entirely their own making this an assured and fully realised first release. Co-founder of Reckless Yes and music journalist Sarah Lay said, “From the moment we heard a first early bedroom demo from Dactylion we were excited about the prospects of the band and desperate to hear more from them. They haven’t disappointed with this first EP – perfect shoegaze reminiscent of Mazzy Star with the alt rock edge of Cherry Glazerr. This might be a band learning their craft but the songwriting and sound, both on record and live, suggests a band with far more experience.”

The Come Inside EP will be released on 1 September 2017, digitally, via Reckless Yes.

The band play Hoodstock at the Primrose Pub, Leeds on 12 August.