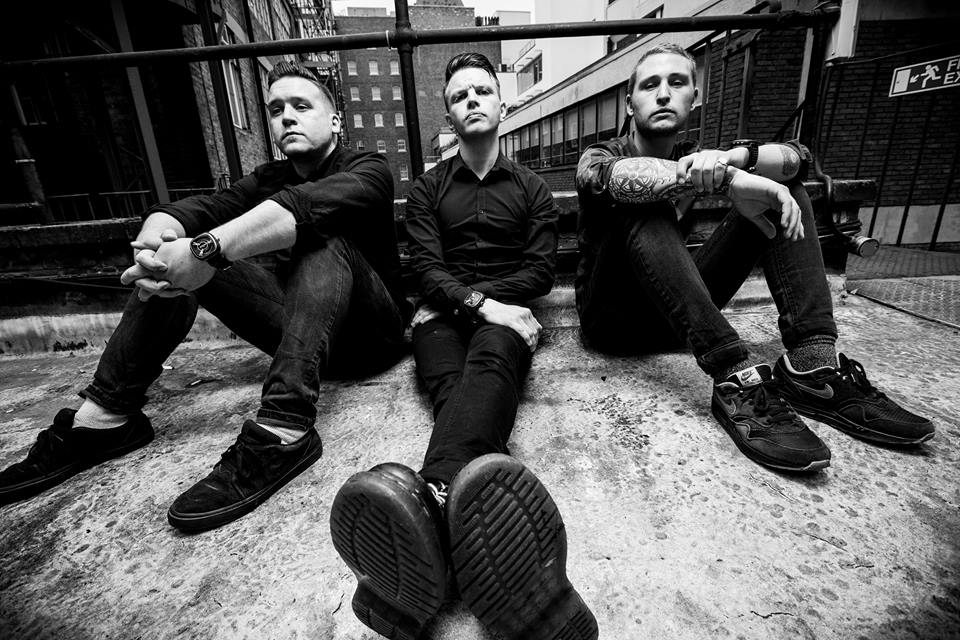 Watch the video for new single ‘One Way Home’ here:

Following UK tour dates with Straight Lines and The Hostiles and a handful of festival appearances (including a recent main stage homecoming show at Touchdown Festival alongside ROAM and Decade) Cumbrian punks COLT 45are pleased to reveal the video for their new single ‘One Way Home’.

The track was premiered by Alex Baker on Kerrang! Radio‘s FRESH BLOOD show, and is a fixture of their current set list, with drummer Adam Lewis taking on lead vocal duties for the first time.

The latest in a series of singles club releases – six brand new A and B sides to be launched over the course of 2017 – the track is available as a free digital download alongside limited edition CD’s of the other singles from the trio’s Bandcamp and Soundcloud pages.

You can watch the video for ‘One Way Home’ here: https://youtu.be/9cKHcUfwMfE

As the band explain, ‘One Way Home’ is a song about realising that ultimately you’re on your own in life, but it’s also about resilience – and with that realisation comes a freedom and a confidence to walk your own path.

“About a year ago we found ourselves in many ways back to square one – no label, no management, it was a different environment and we weren’t entirely sure how to move forward,” says Adam of the track.

“In the end, we decided to do what’s always come naturally to us and just get on with what we love doing – writing and playing tunes and hoping we reach some new fans along the way. Despite the lyrics, I think of it as a positive song because it helped me deal with a pretty big chip on my shoulder.”

The band shot the simple but effective video for the track themselves, a piece of work that’s literally the sum of its parts – the three members, one camera and their beautiful Lake District home as a backdrop.  One of the band’s favourite local spots, they seized on the idea of building something from scratch – tying in nicely with their DIY mentality – and brought the results home for a grand total of £0.

Now back on their own path, the band soon head into their 10th anniversary year with some special plans for 2018 to celebrate a decade of COLT 45 – which will be revealed over the coming months.

Adam and the rest of the band are firmly focused on their future after successfully navigating a difficult year of uncertainty, as he sums up: “Sometimes being in a band feels like you’re banging your head against a brick wall and you don’t always get the opportunities you thought you’d put the yards in for – it’s easy to get down about it and it can feel unfair.

“The reality is that there are thousands of other guys and girls in great bands trying to do the same thing as you and as you get older, you understand that ‘unfairness’  is not limited to the music industry – it’s just a fact of life no matter where you are, who you’re with or what you’re passionate about. Some people are luckier than others, so just get on with it and remember that you can only truly rely on yourself. Once you understand that, it’s easier to enjoy life (or being in a band) for what it is!”

OTHER LIVES share video for ‘Hey Hey I’, new album ‘For Their Love’ due April 24th, via Play It Again Sam