REVEALS FIRST WAVE OF RELEASES INCLUDING KIASMOS AND SAD PALACE

Cassette Store Day is back this autumn on October 14th with a day of global celebrations and all in honour of the humble cassette tape. The first list of UK releases is as follows:

International Cassette Store Day returns for its fifth year on October 14 2017 and are proud to be running events in the UK, USA, China, Japan, France, New Zealand and Australia. Last year saw UK releases from big names Pixies, Courtney Barnett and Get Cape. Wear. Cape. Flyand in the USA –  Ramones, Death Cab for Cutie, and Allah-Las.

Founded in London by a group of UK labels in 2013, the event saw a thriving demand and to the surprise of its founders has grown into a highly anticipated event, now in its fifth year!

CSD tries to bring releases into shops again, however they understand that this is not always possible, so are working again this year with labels to offer an online alternative for fans to grab an exclusive release if there isn’t an event or gig on in their hometown. They’ll be adding a feature to the UK site this year where fans are linked to an online shop where they can buy the official releases.

Cassette label owner Brit Williams has taken over UK duties from its founders and says:
“For the past few years, Cassette Store Day has been the most anticipated release we do at Blak Hand. It gives us a chance to showcase some of our best bands by throwing out a mixtape so people can hear the distinct sound of what we do. I know for many, CSD is the perfect chance to get music heard to broader audience and bring people together through the art of the tape. Having taken over CSD this year from Jen Long and her label mates, I’ve been working with Sean at Burger Records to make this year one of the brightest and best. We’ve designed a new logo, updated our CSD national websites and tried to keep a buzz going the last few months in anticipation for this year’s event. We’re thrilled to once again celebrate all things analogue and help bring attention to some up and coming artists and labels in the country. What makes it work so well is you guys, the people who contribute limited edition releases, the exclusives, the demos. We can’t do it without you. So please, sign up! Plus, we’ve already been in touch with more UK labels and shops, keeping the momentum going and encouraging more independent record shops to get involved, throw a party and celebrate the longevity of the cassette.”

Sean Bohrman from Burger adds “For the past five years we’ve seen Cassette Store Day grow internationally and exponentially as our goal of making the cassette tape relevant again through showing record labels and stores that they can still sell in today’s day and age has come to fruition! Who would have thought? We would!” 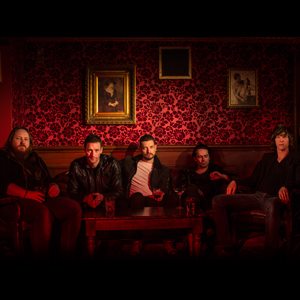